May 15, the German state of Lower Saxony, 83-year-old woman symptoms of severe intestinal bleeding and was rushed to hospital. 7 days later, she died in the hospital. No one expected, a severe outbreak of this kicked off. Just a few days, more than 1,000 patients in Germany show different levels of intestinal bleeding, ascites and kidney failure symptoms. Deadline May 31, there are already 14 people died in the hands of the disease, they were diagnosed with some kind of E. coli infection. 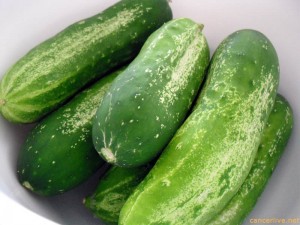 Medical Laboratories in Hamburg, Germany by bacterial culture experiment, after excluding potatoes and lettuce, cucumber imports of Spain announced the culprit. But soon, they found that although the carrying E. coli in cucumber, but not cause disease in Germany that this kind of innocence is also the Spanish cucumber. (Spanish government yesterday said it is considering suing the German city of Hamburg, the latter moves to Spain this lightly vegetable exports have been hit.) So who is the culprit in the end, still a mystery.

The other side of the earth as far away as the Chinese people, the face of fierce bacteria, cucumber ups reversal plot, we must ask: how suddenly menacing E. coli? What serious situation occurs? How do we want?

EHEC is the “murderers”


Whether the next “killed”, the vegetables would be “who” behind the “murderers” are EHEC. After the identification of doctors and microbiologists, these patients were diagnosed with EHEC infection, also known as EHEC infection.

A wide range of E. coli, they do not are “bad”, most of them in the maintenance of the body’s normal flora plays an important role in coordination, but EHEC absolute “ill intent.” According to EU data, the European Union in 2009 reported 3573 cases of EHEC infection, about half of O157: H7 serotype infection [1]. Patients, mainly through contaminated food, water, and contact with animals infected with bacteria, resulting in acute gastroenteritis, often accompanied by vomiting, sometimes with mild fever.

In addition, another subtype of EHEC – O104, caused this epidemic: H4 serotype, this morbidity and mortality caused by E. coli have been reported, the patient’s symptoms first appeared after infection with fever, abdominal pain, vomiting based, and then there may be damage to the kidney (hematuria, urine samples as well as soy sauce) or neurological symptoms.

More frightening is that, in this outbreak of EHEC infection, antibiotics can serve to not only failed, but in a number of treatment showed a high mortality rate. This chilling, found in South Asia last year, a new superbug NDM-1 has enough of the people suck, are a new “super bacteria” has come along with it?

Fortunately, the fact that we think may not be terrorist. Medical Microbiology study found that there are about 200 different E. coli will Chansheng called “Shiga toxin,” the toxic substances, including 100 types may lead to gastroenteritis. Because of this, the European Centre for Disease Control and Prevention risk assessment report, also known as enterohemorrhagic E. coli “E. coli Shiga toxin.”

That is, when the body is infected by EHEC, the body is not adverse reactions caused by it, but by its release of Shiga toxin. Therefore, even if EHEC have been killed, can not reverse the Shiga toxin on the human body injury. This should be treated with antibiotics is not valid.

Raw vegetables are healthier? Do not forget risk!

In this outbreak caused by E. coli, the most serious complications than the hemolytic uremic syndrome (HUS). According to the European Centre for Disease Control and Prevention report: from April 25 to play May 27, just 1 month time, Germany had 276 cases were reported in patients with HUS, but under normal circumstances, only a maximum of a month in Germany about 60 such cases. [2]

Hemolytic uremic syndrome generally occurs in children under 5 years of age, fever, thrombocytopenia, oliguria, anuria or renal failure, and so will have a variety of symptoms occur, tortured bodies of young patients. But in Germany on May 26 reported 214 cases of HUS patients, nearly 9 of the 18 adults over the age of nearly 7 percent are women. Of particular concern is the death of the first 2 female patients, an 80-year-old, and another 20 years.

Why do so many adult women would be E. coli down, the answer may not only is there no “clean”, but also is “raw.” Some news reports in the “This is love to eat raw potatoes, cucumbers and vegetables was significantly associated with salad” [4] – have followed these patients healthy eating habits for better nutritional value, they used to be eaten raw vegetables.

To this end, the epidemic has been hard-hit city of Hamburg explicit requirements for regeneration of the local population not to eat cucumber, tomatoes and lettuce and other vegetables. After all, the disease has yet to find fruits and vegetables.

Germany is taking place even though we feel sorry for the disease, are in China we do not need to panic. Research has confirmed that the disease will not be as SARS, avian flu spread through the air as long as high-risk areas do not, do not contact with contaminated food, water, and patients not matter. Found in many countries in Europe because of the patients had gone to northern Germany.

Was also asked, only E. coli contamination of cucumber on the surface, then peeled raw cucumber right? It also rejected by experts, because if the skin has been contaminated cucumber, peeled process may also be contaminated flesh, there is no insurance.

In fact, high temperature to kill E. coli is very effective, is also very easy way, even polluted “toxic vegetables”, after cooking at high temperatures, it should be no danger, and this is the World Health Organization warned people not to eat raw vegetables, the main reason.

So, dear compatriots, especially the female compatriots, the recent best to cucumbers, tomatoes, potatoes and other Dunshu, then eat, eat raw vegetables. China Agricultural University, Department of Nutrition and Food Safety is also an associate professor FAN Zhi specifically warn that micro-Bo: summer, intestinal infection is increasing. Recommendations on gastrointestinal infections sensitive people in the raw cucumber, tomato, radishes, crunchy fruits and vegetables like melons before, the surface first with boiling water, hot, cold cabbage, lettuce, peppers and other vegetables before you can put in boiling water in fishing about the time a bit short, you can maintain a crisp texture.

“We are taught from an early age, ‘washing hands before meals and after going to’ grow up to know, ‘raw fruits should be washed’, food processing should pay attention to ‘separation of raw and cooked’, if they can in their daily life and work to develop these good health habits, not only for effective response to the epidemic, people will benefit from life.”