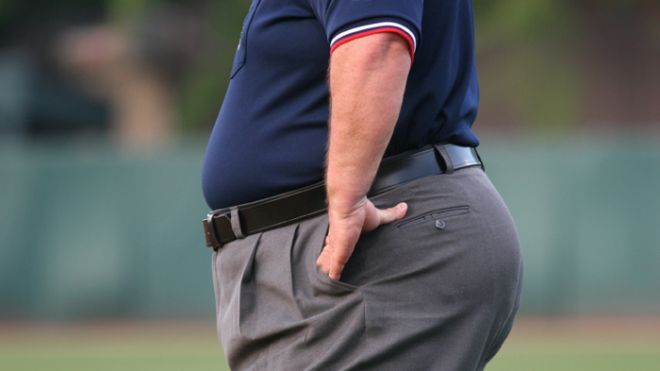 Boys who are diagnosed with attention-deficit/hyperactivity disorder (ADHD) in elementary school are more likely to grow up to be obese adults than those who don't have the condition, a new study suggests.

Researchers surveyed two groups of 41-year-old men and found those with a history of ADHD were 19 pounds heavier than their non-ADHD counterparts, on average.

The findings are consistent with past studies that looked only at children or only at adults and linked ADHD to extra pounds, researchers said.

“There's definitely been enough research now where it does appear there is some connection between these two disorders,” said Sherry Pagoto, who has studied ADHD and obesity at the University of Massachusetts Medical School in Worcester.

Data for the new study came from 207 white boys with ADHD who were referred to a research clinic at around age eight and followed as they grew up. Ten years later another group of teenage boys without ADHD, who were otherwise similar to the original participants, were added to the study.

By the time they were asked to report their weight at age 41, 111 men from each group were still in the study.

On that survey, men with a history of ADHD reported weighing 213 pounds, on average, and 41 percent of them were obese.

In comparison, men without ADHD weighed in at an average of 194 pounds, and 22 percent qualified as obese, Dr. F. Xavier Castellanos from the Child Study Center at NYU Langone Medical Center in New York and his colleagues wrote in Pediatrics.

“As we learn more about the regions of the brain that may be implicated in obesity, they overlap with brain regions implicated in ADHD,” Castellanos told Reuters Health. “The reward system seems to be relevant to both conditions.”

In addition, he added, “There is the speculation that the obesity is at least partly reflecting some of the impulsivity, poor planning and the difficulty in making choices” that come with ADHD.

Pagoto, who was not involved in the new research, agreed that young people with the disorder could be more impulsive when it comes to their food choices and may also spend more time in front of screens than their peers.

“Parents of children who have ADHD should pay special attention to how that child's weight is changing over time, knowing that they may be at greater risk for becoming obese,” she told Reuters Health.

“If they're at higher risk of obesity, that may bring other things with it,” such as type 2 diabetes, she added.

Contrary to the study team's hypothesis, they found that men who no longer had their childhood ADHD symptoms were especially likely to be obese - not those who still had persistent attention and hyperactivity problems.

Pagoto agreed that finding was unexpected and said the study may simply have been too small to tease out reliable differences among adults with a history of ADHD.

According to the U.S. Centers for Disease Control and Prevention, parents report that close to one in ten kids and teenagers has been diagnosed with ADHD. Boys are more than twice as likely to be diagnosed as girls.

Castellanos recommended parents of children with ADHD make sure their kids are getting enough exercise and help them cut back on sugary drinks and other high-calorie food choices.