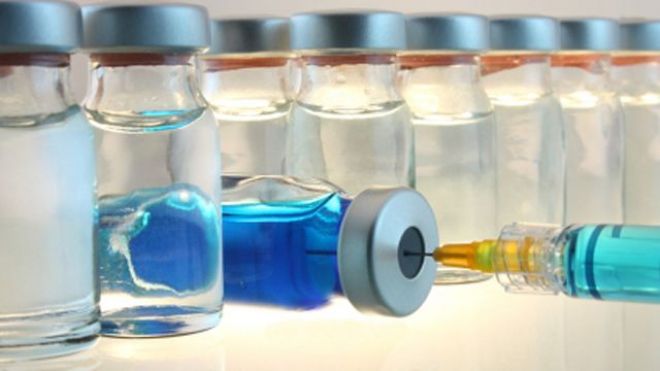 Kids who don't get vaccines when they see their pediatrician for a sick visit - despite being due for the shots - are more likely to fall behind on immunizations and routine check-ups, according to a new study.

“It's pretty common that kids will come in (for a sick visit) at a time when they should be getting their shots,” said Steve Robison, the study's author and a researcher at the Oregon Immunization Program, part of the state's health department.

Sometimes babies end up skipping those shots, perhaps because parents are concerned they could make a sick baby feel worse or doctors are worried that parents won't come back for a well-baby check-up if infants are already caught up on vaccines.

“The challenge is, if they come in sick, are they going to come back and get shots and well-baby visits in a timely way?” Robison said.

His findings suggest those babies end up worse off if doctors forgo shots until they're better.

“It's very clear that vaccinating at sick visits improves the vaccination rate,” said Dr. Alexander Fiks, a pediatrician at The Children's Hospital of Philadelphia, who was not part of this study.

“For parents, what I would say is, don't be afraid to get vaccines at sick visits because, for most kids with minor illnesses, it's really no problem. Medically, it's fine,” he added.

The Centers for Disease Control and Prevention recommends that babies receive at least 16 vaccine doses during their first six months. Those are spread across well-child visits.

In an earlier study, Robison and his colleagues found a growing number of parents in Oregon are not sticking to the recommended vaccine schedule - so kids end up getting their shots late or not at all.

This time, Robison looked at the immunization records of 1,060 children who went to the doctor for an ear infection around the time when a well-baby check-up should occur.

All of the children had state-funded health insurance.

About 8 percent of the sick babies received a diphtheria, tetanus and pertussis (DTaP) vaccine at the sick visit itself, and another 57 percent had one within a few weeks. The others were late on their shots.

Fiks said the findings support the results of other studies showing that when doctors skip shots at sick visits, kids are more likely to end up not following the immunization schedule.

What's more, giving shots at sick visits did not seem to stop parents from bringing their baby back for well-child visits.

Compared to babies who received their immunizations at routine check-ups, those who had their shots at sick visits had just as many well-baby visits by age two - about five, on average.

And kids who skipped the shot at their sick visit, but had another visit within a few weeks, ended up receiving more routine check-ups compared to similar normally-vaccinated children, Robison reported in the medical journal Pediatrics.

On the other hand, kids who didn't get a shot at the sick visit or within four weeks had slightly fewer routine visits over their first two years.

A study earlier this year found that half of some 300,000 kids born between 2004 and 2008 had fallen behind on their immunizations at some point before age 2.

The concern is that those children are vulnerable to the diseases that vaccines are designed to prevent.

“The more kids within a given classroom who are unprotected, the more likely it is for there to be an outbreak,” said Fiks.

The researchers agreed that a minor illness is not a reason to fall behind on routine shots.

“If you want to keep the kids on schedule so that they're protected from disease, it's best to give the shot,” Robison said.