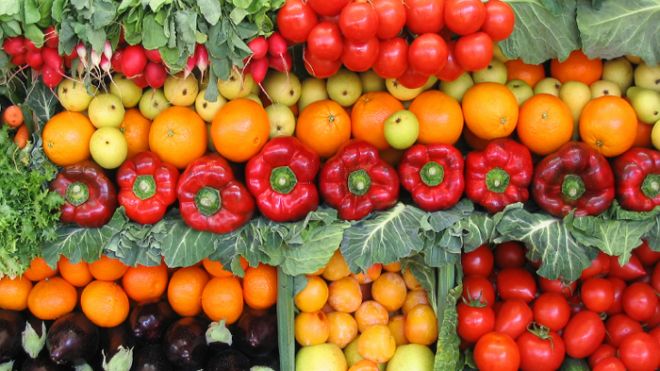 People who limit how much meat they eat and stick to mostly fruits and vegetables are less likely to die over any particular period of time, according to a new study.

“I think this adds to the evidence showing the possible beneficial effect of vegetarian diets in the prevention of chronic diseases and the improvement of longevity,” said Dr. Michael Orlich, the study's lead author from Loma Linda University in California.

In 2012, a Gallup poll found about 5 percent of Americans reported to be vegetarians.

Previous research has found that people who eat mostly fruits and vegetables are less likely to die of heart disease or any other cause over certain periods of time.

Another study from Europe, however, found British vegetarians were just as likely to die at any point as meat eaters, so it's still an “open question,” Orlich said.

For the new study, he and his colleagues used data from 73,308 people recruited at U.S. and Canadian Seventh-day Adventist churches between 2002 and 2007.

At the start of the study, the participants were asked about their eating habits and were separated into categories based on how often they ate dairy, eggs, fish and meat.

The researchers then used a national database to see how many of the participants died by December 31, 2009.

Overall, they found about seven people died of any cause per 1,000 meat eaters over a year. That compared to about five or six deaths per 1,000 vegetarians every year.

Men seemed to benefit the most from a plant-based diet.

Orlich cautioned, however, that they can't say the participants' plant-based diets prevented their deaths, because there may be other unmeasured differences between the groups.

For example, Alice Lichtenstein, director of the Cardiovascular Nutrition Laboratory at Tufts University in Boston, said the participants who were vegetarians were healthier overall.

“It's important to note that the vegetarians in this study were more highly educated, less likely to smoke, exercised more and were thinner,” Lichtenstein, who was not involved with the new study, told Reuters Health.

Those traits have all been tied to better overall health in the past.

Should you go veg?

Dr. Robert Baron, who wrote an editorial accompanying the new study in JAMA Internal Medicine, said the new evidence doesn't mean everyone should switch to a plant-based diet.

“I don't think everybody should be a vegetarian, but if they want to be, this article suggests it's associated with good health outcomes,” said Baron, professor of medicine at the University of California, San Francisco.

Instead, he writes limiting added sugars, refined grains and saturated fats trumps whether or not to include a moderate amount of dairy, eggs, fish or meat.

Previous research has found that people who were on a mostly plant-based diet still had lower cholesterol while eating a small amount of lean beef.

“It's like everything else, you have to think about it in terms of the whole package,” Lichtenstein said.