Home » Normal or not? When temper tantrums become a disorder 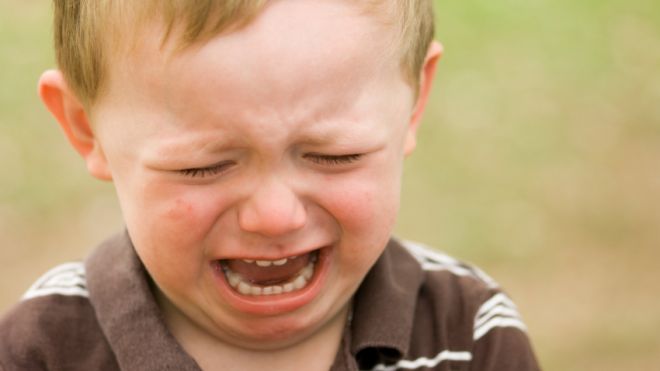 Whereas this new addition to the mental health dictionary, the DSM, has prompted protests that psychiatrists are turning a normal part of childhood into a mental disorder, proponents say it will address the skyrocketing rate of another diagnosis that is leading to the inappropriate use of powerful medications on children.

The soaring diagnoses belong to pediatric cases of bipolar disorder.

Between 1994-1995 and 2002-2003, the diagnosis of bipolar disorder in children grew by 40-fold, according to research published in 2007 in the journal Archives of General Psychiatry. [11 New Warning Signs Help Spot Mental Illness in Children]

Many of these children exhibited a pattern not consistent with a bipolar diagnosis. Specifically, bipolar disorder involves episodes of mania, which can show up in children as irritability. However, many of the children diagnosed did not have clear-cut episodes of irritability, instead, they were constantly irritable. As a result, experts believe many children are being misdiagnosed.

Bipolar disorder is often treated with medications that bring worrisome side effects that are worse in children, according to the advocacy group the National Alliance on Mental Illness. These include weight gain that brings increased risk of diabetes or heart problems later in life, movement abnormalities and other problems.

When it came time to put together the new edition of the mental health manual, called the DSM-5, officials at the American Psychiatric Association, which publishes the manual, wanted to include a better-fitting diagnosis for kids with persistently angry, irritable dispositions, hence the addition of disruptive mood dysregulation disorder (DMDD).

However, the addition is controversial. Allen Frances, who chaired the task force for the previous edition of DSM, charges that this new DMDD diagnosis “will exacerbate, not relieve, the already excessive and inappropriate use of medicationin young children.”

The addition of DMDD could prove helpful, because it will enable researchers to study these symptoms in children who have previously been diagnosed with bipolar disorder, but who dont fit the profile for that disorder, said Robin Rosenberg, a clinical psychologist and co-author of the psychology textbook “Abnormal Psychology” (Worth Publishers, 2009).

“The concern is that it will lower the threshold for diagnosing kids who are just having a hard time,” Rosenberg said. “There is a gain and there is a risk. If it becomes overly diagnosed, it will prevent us from figuring out what is going on with kids who really have this persistent problem with mood and behavior and, more importantly, needlessly put children on dangerous medications.”

Tantrums and bad moods are normal parts of childhood. But to receive a DMDD diagnosis, a child must have rages that are “grossly out of proportion” three or more times per week, on average. The child's mood between outbursts must be “irritable or angry most of the day, nearly every day,” according to the DMDD criteria, which set a threshold of at least 12 months.

Kids who might qualify for this new diagnosis may come to the attention of mental health professionals because they have serious behavioral trouble at school or their parents may be unable to control them at home, Rosenberg said.