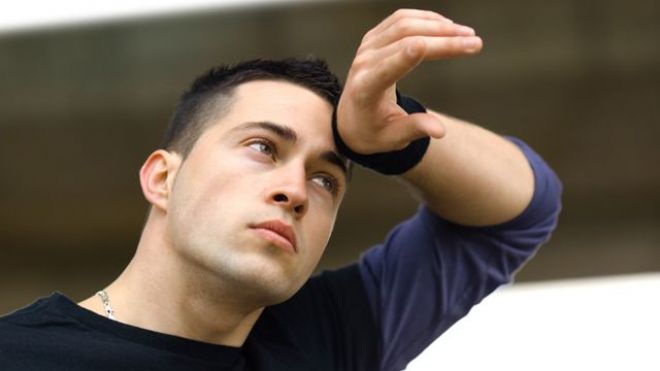 Heat-related deaths in New York City's borough of Manhattan may rise about 20 percent over the next decade, according to a new study.

Researchers at Columbia University in New York analyzed the relationship between daily temperatures and temperature-related deaths across all seasons between 1982 and 1999 in Manhattan, which comprises the most densely populated county in the United States. The findings were published online May 19 in the journal Nature Climate Change.

Using projections from 16 global climate models, the scientists found that the number of heat-related deaths in the city could increase by 20 percent by the 2020s, and in some worst-case scenarios, could rise by 90 percent or more by the 2080s, said study co-author Patrick Kinney, an environmental scientist at the Mailman School of Public Health at Columbia University. [Top 10 Surprising Results of Global Warming]

To make their estimates, Kinney and his colleagues used the 1980s as a baseline, during which about 370 Manhattan residents died yearly from overheating. With this figure as a reference, a 20 percent increase could mean 74 additional yearly heat-related fatalities in Manhattan by the 2020s.

“What we found was that there could be some benefits, in terms of reduced fatalities in the wintertime because of warmer temperatures, but our analysis suggests that those benefits are outweighed by extra fatalities that will occur in the hotter times of the year,” Kinney said.

Daily readings in Manhattan's Central Park demonstrate that average monthly temperatures have increased 3.6 degrees Fahrenheit (2 degrees Celsius) between 1901 and 2000. Last year was the warmest year on record in Manhattan, and projections predict rising temperatures over the next six decades, the researchers said.

“The warming that's anticipated from climate change is happening throughout the year, so the months that are already hot like June, July and August are going to get hotter, but months that are more moderate, like May and September, may become uncomfortably hot or fatally hot,” Kinney explained.

The researchers found that both projections pointed to increases in temperature-related fatalities.

“It was a little surprising that no matter which climate model we used, and which scenario of greenhouse gases we used, they all consistently showed this effect of increasing fatality risk in the future,” Kinney said.

More of the same
And Manhattan is not alone, Kinney added. The trend toward more fatalities is also expected for other cities, particularly in the northern United States.

“Climate models of future temperatures do vary a bit from place to place, but generally the story is pretty much the same,” Kinney said.

The effects are not limited to cities, but heat waves are typically more severely felt in densely populated areas. This is because cities tend to concentrate heat, with buildings and pavement surfaces soaking up heat during the day and releasing it at night, the researchers said.

“This serves as a reminder that heat events are one of the greatest hazards faced by urban populations around the globe,” study co-author Radley Horton, a climate scientist at Columbia University, said in a statement.

The way of the future
The researchers acknowledge uncertainties in their projections, including that heat's effects could be made better or worse with changing demographics, and how fatalities may be prevented with better infrastructure or public policies.

Still, the findings suggest that cities and governments need to do more to address the potential dangers posed by heat waves, said Richard Keller, an associate professor of medical history and bioethics at the University of Wisconsin-Madison, who was not involved with the study.

“We have needed to rethink the dangers of heat for years,” Keller said. “The Chicago heat wave of 1995, and especially the European heat wave of 2003 both caused catastrophic excess mortality.”

The new findings demonstrate the importance of developing strategies to adapt to future higher temperatures.

“Heat is a major and often underestimated killer,” Keller said. “While we evacuate in the face of hurricanes and floods, we tend to ignore extreme heat, with deadly consequences. The 2003 heat wave killed nearly 15,000 people in France alone eight times the mortality associated with Hurricane Katrina.”