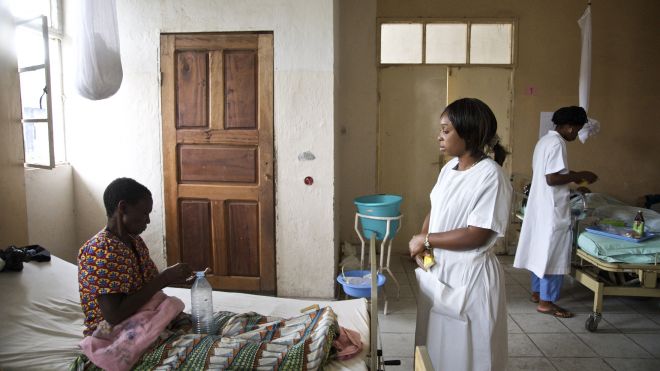 Group therapy works better than individual support for women in low-income countries who have been victims of sexual violence, according to the results of a new study done in the Democratic Republic of Congo (DRC).

The method has already been shown to be effective in wealthier countries.

Because measures of depression, anxiety, general functioning and post-traumatic stress disorder improved faster with group therapy, the technique may be useful in other countries were war and unrest often contribute to sexual violence, researchers reported in the New England Journal of Medicine.

“We're giving them the skills to rethink the meaning they're giving to their thoughts and feelings” about their attack, lead author Judith Bass of the Johns Hopkins Bloomberg School of Public Health in Baltimore told Reuters Health.

The study “offers promising evidence” that a form of group therapy can help women who have been exposed to sexual violence, Charlotte Watts and her colleagues at the London School of Hygiene and Tropical Medicine wrote in a linked editorial.

In the DRC, 40 percent of women have been victims of some type of sexual violence.

The researchers evaluated 157 women in seven villages who were offered one individual session and 11 group sessions of so-called cognitive processing therapy.

“The women were being taught to identify what thoughts are not helpful to them,” Bass explained. “Thinking 'It's my fault' is not helpful to them. And it involves how to deal with that and get over some of these thoughts that are keeping them from healing.”

Those women were compared with 248 women in eight villages who received individual support that included counseling and sympathetic listening.

Women in both treatment groups improved even though each village had at least one major security incident during the trial, including attacks and armed robberies. But the improvement was most pronounced with group cognitive therapy.

On a combined scale of depression and anxiety, where the worst score was 3 and the best was 0, women in the cognitive therapy group went from 2.0 at the outset to 0.8 at the end of treatment. Six months after treatment their average score was 0.7.

The respective scores for women receiving individual support started at 2.2, dropped to 1.7 and eventually fell to 1.5.

After six months, 9 percent of group therapy participants and 42 percent of women who received individual support still likely had a diagnosis of depression or anxiety, Bass and her colleagues found.

The study did not include the most severe cases - seven of the 494 women screened for the study were found to be severely suicidal and were treated immediately.

“Despite illiteracy and ongoing conflict, this evidence-based treatment can be appropriately implemented and effective,” the researchers concluded.

“Given the high rates of sexual violence globally, and especially in conflict-affected countries such as the DRC, this finding is very important,” the Watts team wrote in its editorial.

“Rape during war is not unique to the DRC; indeed, it affects many, if not most, countries that are at war, including several African states and, more recently, countries in the Middle East.”

The study was funded by the World Bank and the U.S. Agency for International Development Victims of Torture Fund.

“We do this because we see mental health as such a large cause of disability and dysfunction,” Bass said.

“We want to improve people's health. But when you have such high rates of rape and violence, and such a high rate of mental health problems, it's an often-neglected piece in the bigger development picture.”