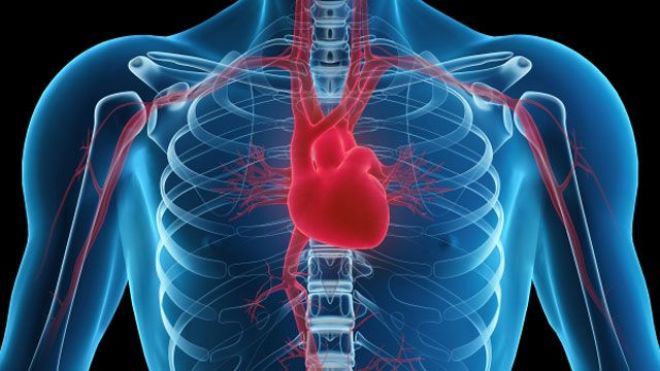 For some patients with heart disease, taking antidepressants may reduce the risk of heart problems brought on by mental stress, a new study suggests.

Researchers looked at patients with myocardial ischemia a condition in which the heart doesn't get enough blood as they preformed mentally stressful activities.

All of the patients also had coronary heart disease, or a narrowing of the arteries that supply blood to the heart.

Patients in the study who took the antidepressant escitalopram (sold as Lexapro) were about 2.5 times less likely than those who took a placebo to experience myocardial ischemia triggered by mental stress.

The findings suggest that an antidepressant, or other treatments that help patients cope with stress, could improve symptoms for some people with coronary heart disease, said study researcher Dr. Wei Jiang, an associate professor of psychiatry and behavioral sciences at Duke University School of Medicine.

However, future studies are needed to confirm the results, and to identify the people most likely to benefit from such treatment, Jiang said.

Stress and the heart

Coronary heart disease is the leading cause of death in the United States and about 50 percent of patients with the condition experience mental-stress-induced myocardial ischemia yet few studies have attempted to find treatments.

In the new study, 127 patients were randomly assigned to receive escitalopram or placebo for six weeks.

Participants completed a number of tests at the beginning and end of the study, including a treadmill stress test, a math test and a test in which participants told a sad story in order to evoke emotion.

During the tests, the researchers examined certain heart symptoms to diagnose myocardial ischemia, such as a reduction in blood pumped out of one of the heart's cambers.

After six weeks, about 34 percent of participants taking the antidepressant did not experience myocardial ischemia during the mental-stress tests, compared with 17 percent in the placebo group.

The antidepressant did not affect whether patients experienced myocardial ischemia during exercise.

But what the findings mean for patients in the long term is not known, said Freeman, who was not involved in the study. Future studies are needed to see whether antidepressants might reduce the risk of cardiovascular events like heart attacks, Freeman said.

How does it work?

It's not clear how antidepressants lower the risk of myocardial ischemia in these patients. The findings did show that patients who took antidepressants were more likely than those who took the placebo to say that they felt like they were in control, and less tense or upset, during the mental-stress tests.

Some earlier studies that looked at the effect of antidepressants on patients with both coronary heart disease and depression found that the drugs did not benefit patients more than a placebo did, Jiang said. But patients may not necessarily need to suffer from depression to be susceptible to mental-stress-induced myocardial ischemia, she said.

Antidepressants do have side effects, including fatigue and sexual dysfunction. Therefore, future research is needed to understand which patients are likely to benefit most from the drugs, Jiang said.

The study is published in the May 22 issue of the Journal of the American Medical Association. Jiang has a patent application related to antidepressant treatment for mental-stress-induced myocardial ischemia.