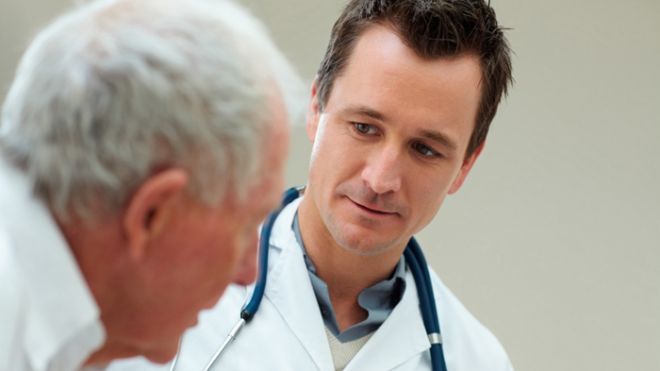 There's room - and need - for improvement in the discussions between doctor and patient that go into medical decision-making, according to research out on Monday.

In four studies and a commentary published in JAMA Internal Medicine, the authors look at various aspects of doctors' dialogue with patients about prognoses, options and treatment preferences and find little consistency.

And though not all patients want the responsibility of making treatment decisions, medical organizations have long promoted the idea of patient-centered care through shared decision-making, and the 2010 Affordable Care and Patient Protection Act that goes into effect next year incorporates the idea into law.

What's more, “When physicians reach out and communicate to patients that their views are welcome, patients really like that a lot,” said Floyd Fowler, senior scientific advisor for the Informed Medical Decisions Foundation in Boston.

But research in the past decade showed that U.S. patients with common medical conditions were not being adequately informed about their treatment options, so Fowler and his colleagues wanted to see if anything had changed recently.

They surveyed 2,718 U.S. adults who were over 40 years old in 2011 and had seen a doctor for any of the five most commonly treated medical conditions - high blood pressure and cholesterol, prostate and breast cancer screenings and back and knee problems - during the previous two years.

They found that doctors tended to discuss the pros and cons of surgeries, but not of cancer screenings or the choice of medication to treat high blood pressure or cholesterol.

“Each decision has its own dynamic, and it's intriguing that the heart risk related discussions weren't very good,” said Fowler, the study's lead author.

He added that doctors may view back and knee surgeries as more complicated treatments, which is why they were discussed in more detail.

In a separate study of 207 kidney patients from two dialysis centers in Boston, researchers found that doctors rarely discussed very sick patients' prognoses or their eligibility for kidney transplants.

Dialysis patients tend to have one- and five-year survival rates comparable to those of many cancer patients, Dr. Melissa Wachterman, a palliative care physician with the VA Boston Healthcare system, and her colleagues point out in their report.

“Talking about prognosis is tough, but there are a lot of reasons why there is a benefit for patients to have this information if they want it,” Wachterman said.

In their study, Wachterman's team interviewed 60 of the sickest dialysis patients and their doctors about expectations for the patients' survival and to what degree they had been discussed.

The researchers found only two patients whose doctors may have discussed their prognosis with them, and that more than half of the doctors said they would refuse to discuss prognoses - even if patients asked.

“I think we do a disservice to patients if we don't give them a sense that time could be short, because they have a lot that they want to do with the time they have left,” Wachterman said.

In addition, the researchers found that while patients were good judges of whether or not they'd live another year, they tended to overestimate their long-term survival without their doctors' guidance.

“I think - in the long term - having this kind of information can actually give people hope and the ability to plan,” Wachterman said.

But not everyone may want to play an active role in their care, according to Dr. Mack Lipkin, a professor of medicine at the New York University School of Medicine and the Bellevue Hospital Center in New York City.

“There are many people who want to be active participants in their care but there are also many people who prefer not to be so active,” said Lipkin, who wrote an editorial accompanying the new research.

That's supported by a study of hospitalized patients, led by Hyo Jung Tak of University of Chicago, which found the vast majority wanted information on their illness and treatment options but more than 70 percent wanted doctors to make their medical decisions.

Moreover, Tak's group found that patients who preferred to participate in decision-making were more expensive. They stayed, on average, an extra quarter day in the hospital and racked up &#36;155 to &#36;1,576 more in costs.

Still, a study led by Dr. Harlan Krumholz, of Yale University School of Medicine in New Haven, Connecticut, surveyed 7,000 heart attack patients and found more than two-thirds preferred to play an active role in decision-making. A quarter of the respondents preferred to be the sole decision-maker.

At the very least, Krumholz's report concludes, doctors “who aspire to provide patient-centered care” should ask patients about their decision-making preferences directly.

Lipkin also said it's best to ask patients their preferences.

Fowler added that patients who want to be a part of the decision process shouldn't be afraid to speak up, and he hopes they get used to sharing in the process as the Affordable Care Act emphasizes shared decision-making initiatives.

“We're hoping these types of changes that are in the works really happenâ€¦ and that when we repeat the study three or four years from now we'll start to see a difference. That would be great,” he said.