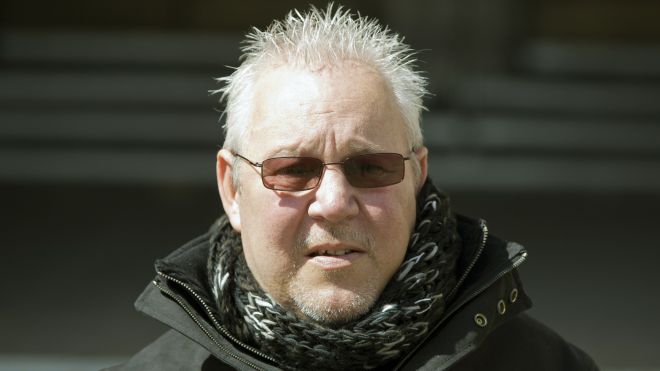 Two paralyzed British men who want to die but cannot kill themselves went to court on Monday seeking protection from prosecution for those who could help them end their lives.

The case is one of the most high-profile attempts to change the law on the right to die in Britain, where assisted suicide is illegal.

“I'm constantly thinking, 'how on Earth can I do it without getting someone into trouble?'” said Paul Lamb, who was left paralyzed by a car accident in 1990.

“I just want my wishes to be respected, that's all I want,” Lamb, 57, told reporters outside the courtroom.

He is immobile except for limited movement in his right hand, requires 24-hour care and is constantly on morphine to relieve pain.

Judge Igor Judge, speaking at the start of the hearing in the Court of Appeal, said he was aware of the men's “desperate situation” and he was sympathetic.

“But they must surely know that we cannot decide this case as a matter of personal sympathy. We have to decide it as a point of law.”

Lamb was in court in his wheelchair as the judge spoke.

The other man, named only as Martin, is a 48-year-old who was left unable to speak or move after a stroke four years ago. He can communicate only through movements of the head and eyes.

“It is their experience that their life has become unbearable,” said Paul Bowen, a lawyer representing Lamb.

The details of the two men's cases are different, but in essence both are seeking help from the courts in ensuring that anyone who helps them to die will not be prosecuted.

Bowen cited a report to parliament last year that concluded that British law in the area of assisted dying was “inadequate, incoherent and should not continue”.

The issue of whether or not to decriminalize assisted suicide for people whose lives are unbearable to them is a matter of debate in many countries.

Right-to-die advocates say people capable of making that decision should be allowed to die with dignity. Opponents say liberalizing the law could leave vulnerable people at risk.

Switzerland and the U.S. states of Oregon, Washington and Montana are among places where some forms of euthanasia or assisted suicide are legal under certain circumstances.

By coincidence, Monday's court hearing started two days before a bill is due to be presented to the British parliament that would legalize assisted suicide in certain circumstances.

But Bowen said that even if that bill were to become law at some point, it would not be enough for Lamb.

Lamb's case was originally brought by a man with locked-in syndrome, Tony Nicklinson. A court dismissed both Nicklinson's and Martin's cases last August on the grounds that it was for parliament and not for a court to change the law in this area.

After being told the court's decision on August 14, Nicklinson refused food and medication and died on August 22.

Lamb, who was not involved at that stage, has since been allowed to take up the legal battle where Nicklinson left off.