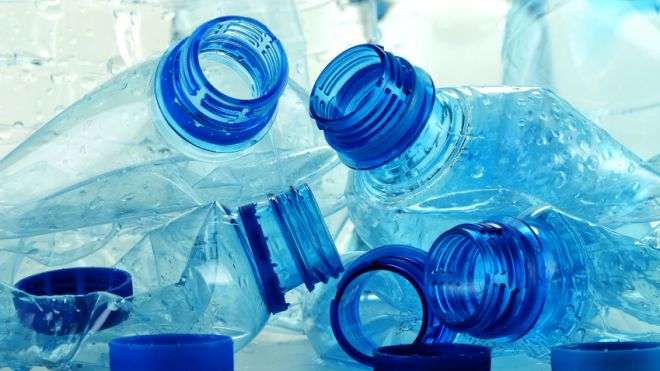 A chemical commonly found in plastic food containers, water bottles and canned foods called bisphenol-A (BPA) has long been linked to serious health issues, including infertility and birth defects.Now, researchers say exposure to BPA may also be associated with a higher risk for obesity among puberty-age girls.

In a study published in the journal PLOS ONE, researchers measured the levels of BPA present in urine samples from 1,326 children between the ages of 9 and 12. Researchers discovered that girls who had higher levels of BPA in their urine had a greater risk for being overweight. The effect was not seen in the boys involved in the study.

Dr. Di-Kun Le, the study’s principal investigator and a reproductive and perinatal epidemiologist at the Kaiser Permanente Division of Research in Oakland, Calif., has been studying the effects of BPA for years.

“Animal (studies) started to show that BPA can impact metabolic processes, which often leads to obesity and diabetes,” Le told FoxNews.com. “So we decided to look at it (in humans).”

Le noted that though he expected to find a link between obesity and BPA levels, he didn’t expect it to be such a strong correlation. &&#35;160;

While the research does not necessarily prove BPA is the reason for the girls’ obesity, Le said that the effect is likely caused by the fact that BPA is an endocrine disrupter and acts similarly to the hormone estrogen, which impacts metabolic function.

Because of the damage that BPA incurs on the endocrine system, Le believes exposure to BPA is contributing to the global obesity epidemic. &&#35;160;

“Overeating a little won’t cause obesity, but (by) having this kind of endocrine damage without knowing it, and adding more food, the consequences are magnified,” Le said.

Though Le said there are currently no Food and Drug Administration (FDA) regulations forcing manufacturers to label how much BPA is used in packaging, he hopes this research will add to the body of evidence mounting against the chemical. He warns that people should try to avoid products containing BPA as much as possible.

“Buy BPA-free containers, particularly containers used for kids. Kids and fetuses are the most affected populations,” Le said. “Also try to reduce using plastics. It’s not feasible to use none, but reduce exposure to plastic containersâ€¦and reduce the use of canned foods.”

Le hopes to study the effects of BPA further, by testing its impact on unborn babies.

“I want to look when pregnant women, and their fetuses, are exposed to even small amounts of BPA, how it’s going to damage (them),” Le said. “When you damage the fetus, you damage the rest of their life.”