Home » The truth about marijuana 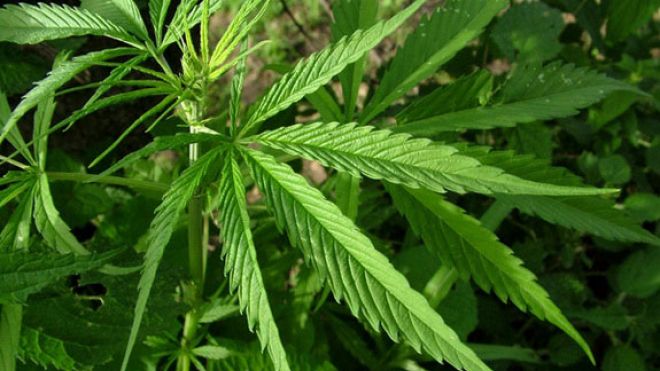 The pot doctor has a backache. As Mahmoud ElSohly, shakes my hand, heâ€™s wincing. Two days ago, ElSohlyâ€”the director of the University of Mississippiâ€™s Marijuana Projectâ€”bent down the wrong way and threw out his back. And unfortunately, this morningâ€™s visit to his chiropractor didnâ€™t help him much.

Ironically, just outside ElSohlyâ€™s office in the Waller Complexâ€”behind bolted doors, coded chambers, and security camerasâ€”lies a government-guarded farm where acres of a pain-relieving drug grow in his care. Only Elsohly isnâ€™t thinking about lighting up: He knows too much.

Read a headline touting a pot study, and itâ€™s likely referencing the University of Mississippiâ€™s carefully cultivated Mexican marijuana. In fact, the National Institute on Drug Abuse has named this lab the countryâ€™s one legal source of marijuana for scientific studies. Itâ€™s been operating quietly since about 1968â€”growing, harvesting, processing, standardizing, and analyzing marijuana.

The farm grows strains for testing with varying amounts of potâ€™s potent ingredient, tetrahydrocannabinol or THCâ€”also known as the chemical that makes you â€œhigh.â€� But it does more than that. â€œThere are many indications for which THC would be a good medicine if you have the right formulations and dosing,â€� says ElSohly. Unfortunately, this is where the case for medical marijuana gets complicated.

– Mahmoud ElSohly, director of the University of Mississippiâ€™s Marijuana Project

The marijuana plant is made up of more than 500 chemical compounds. Many of these compounds are cannabinoids, which bind to receptors in your body and then affect your immune system and brain. Researchers have pinpointed two main cannabinoidsâ€”THC and cannabidiol, or CBDâ€”as beneficial, ElSohly tells me. (The biggest difference: CBD doesnâ€™t make you high.)

Trouble is, when exposed to the high temperature of a burning joint, the 500 or so chemical compounds in marijuana can produce hundreds or thousands of byproductsâ€”many of which are thought to be carcinogens. Research suggests that marijuana smoke can contain up to 70 percent more carcinogenic materials than tobacco smoke. And while many researchers think thatâ€”logicallyâ€”marijuana smoke should cause lung cancer, studies remain inconclusive. (See Does Smoking Pot Cause Lung Cancer?)

But ElSohly contends that the smoke itself isnâ€™t the biggest issue at this point. â€œThereâ€™s an inherent problem with the smoking of marijuana as a delivery system,â€� he says.

Forty-five years ago, Dr. Lester Grinspoon, now an associate professor emeritus of psychiatry at Harvard Medical School, would have never agreed with the idea of marijuana as a medicine. He thought his friends who lit up were ruining their health. Who would blame him? The U.S. government seemed to agree. In 1970, it classified marijuana as a Schedule I drugâ€”alongside heroin and LSDâ€”as a substance with high abuse potential and no accepted medical purpose.

But in 1967, Grinspoonâ€™s teenage son was diagnosed with acute lymphocytic leukemia. Chemotherapy left him with no appetite, vomiting spells, and nauseaâ€”â€œthe kind you feel right down to your toe nails,â€� the doctor remembers. The drugs that were supposed to ease the pain didnâ€™t. So Grinspoonâ€™s wife pulled up to Wellesley High School and asked her sonâ€™s friend for weed.

A few minutes before his treatments, Grinspoonâ€™s son would take a few puffs. â€œWe neverâ€”for as long as he livedâ€”had to deal with that awful experience of seeing what he went through again,â€� he says.

But bring something you smoke to the medical world, and chances are theyâ€™ll balk at the idea. â€œSmoking is not an accepted route of administration for medication,â€� says Dr. Peter Friedmann, professor of Medicine & Community Health at Brown University. ;

â€œThere are so many variables in the smoking process. Itâ€™s ludicrous to think you could come up with a dosage,â€� ElSohly adds.

This is, in part, why the FDA approved Marinolâ€”a low-dosage formulation of synthetic THC that comes in capsule form. The drug is used to stimulate appetite in people with HIV and control the nausea and vomiting thatâ€™s associated with chemotherapy. Itâ€™s a good option for people with conditions like cancer who donâ€™t respond to common drugs. Itâ€™s also incredibly versatile. ;

The problem: Marinol is one of only two FDA-approved THC-based drugs and, unlike say, Advil, your body doesnâ€™t absorb it well. Only about 10 to 20 percent of the dose becomes available for your body to use. That makes it unpredictable: For some people, the drug works great; others see no benefit whatsoever, says ElSohly. Whatâ€™s more, it often makes those who it does work for higher than if they had smoked potâ€”another absorption issue.

Which leaves a clear challenge for researchers: Create a THC delivery method that leads to better absorption while reducing its psychoactive effect. ElSohly and his team are on track to do this at their Ole Miss research facility. Theyâ€™ve developed a patch that would be applied above your gum line and deliver THC in a way that circumvents Marinolâ€™s absorption problems. If approved, the product could be effective for relieving everything from nerve and cancer pain to glaucoma and anxiety.

Read about the dangers of marijuana and the issues raised by medical marijuana dispensaries.