Home » The DSM-5 is here: What the controversial new changes mean for mental health care 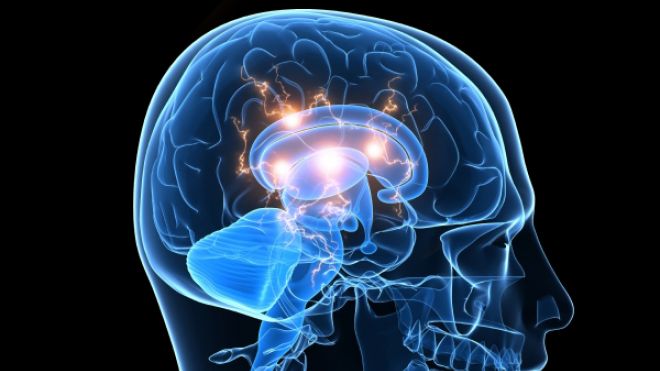 The most recent revision of the Diagnostic and Statistical Manual of Mental Disorders (DSM) has arrived, and the latest changes have caused divisions among those in the psychiatric community. &&#35;160;

Often touted as the psychiatrist’s “Bible,” the DSM is published by the American Psychiatric Association and establishes the almost universal standard by which doctors classify, diagnose and ultimately treat mental disorders – making it an essential part of the psychiatric profession. &&#35;160;The DSM is utilized not only by clinicians, but researchers and health insurance companies as well. Even government officials take interest in the DSM’s criteria in order to determine grant funding, insurance coverage and new health care policies.

The latest version is the DSM’s fifth edition, and it is the manual’s first major revision in nearly 20 years since the publication of the DSM-IV in 1994. &&#35;160;The DSM-5’s release brings some radical new changes, which have been met with both praise and disgust from mental health professionals. Some of the most highly debated changes include the elimination of Asperger’s disorder and the addition of a few new controversial conditions such as cannabis withdrawal, gambling addiction and the highly contested disruptive mood dysregulation disorder (DMD).

So what do these changes mean for those currently dealing with mental health disorders? &&#35;160;Read on to learn more about the DSM-5’s biggest changes and the possible impact they may have on mental health care.

One of the most publicized changes in the DSM-5 involves grouping all of the subcategories of autism into a single category known as autism spectrum disorder (ASD). &&#35;160;This move effectively eliminates previously separate diagnoses of autism – including autistic disorder, Asperger’s disorder, childhood disintegrative disorder and pervasive development disorder “not otherwise specified” (PDD-NOS).

This merging of categories creates a “sliding scale” for autism, meaning individuals will be diagnosed somewhere along the autism spectrum, given the personal severity of their symptoms. Many parents and health care providers have speculated that this transformation may end up excluding some of those already diagnosed with an autism disorder, like Asperger’s or PDD-NOS.

“I think (exclusion from the spectrum) frankly yet to be determined, but if anything, the specificity is going to go up, meaning the false positives are going to be less likely,” Dr. Alexandar Kolevzon, associate professor of psychiatry and pediatrics at Mount Sinai Hospital in New York City, told FoxNews.com. “This universe of people with PDD-NOS – it’s possible that some of those patients may no longer meet those criteria. &&#35;160;Some of the debate revolves around Asperger’s, but it seems to me that most people diagnosed with Asperger’s will still be on the autism spectrum.”

Over the past decade, the United States has seen a striking increase in the amount of autism diagnoses, with the Centers for Disease Control and Prevention estimating that one in 88 children suffers from an autism spectrum disorder. &&#35;160;According to Kolvezon, numerous epidemiological studies have found that the majority of children accounting for this incidence are those with PDD-NOS – a diagnosis given to those with communication issues and pattern behavior but who do not meet the full criteria for autism or another pervasive developmental disorder.

Kolevzon said it’s possible that over-diagnosis of PDD-NOS has led to this increase in autism spectrum disorder cases.

“What happens in the community is that the diagnosis of autism spectrum disorder virtually guarantees a whole host of therapies – such as speech therapy, occupational therapy, behavioral therapy, and potentially physical therapy,” Kolevzon said. “Theoretically, it’s possible that community providers and clinicians are incentivized to label kids with PDD-NOS, because it would make it more likely to receive appropriate services.”

The autism spectrum disorder scale will further refine the way providers diagnose autism, Kolevzon said, by recognizing differences from person to person rather than trying to generalize them into one of four categories.

Within the past decade, more and more children as young as 2 years old have been diagnosed with bipolar disorder, leading to the prescription of powerful antipsychotic medication that can be quite intense for children at such a young age. According to the Agency for Healthcare Research and Quality, hospital stays for childhood bipolar disorder have increased by 434 percent from 1997 to 2010. &&#35;160;

The trend began in the mid-1990s, when doctors from Harvard University stated that bipolar disorder presented differently in children than that of adults. However, recent studies have found that many of these diagnoses were false, causing what many have described as the “false epidemic.”

To combat this trend, the DSM-5 is eliminating the diagnosis of pediatric bipolar disorder and creating a brand new category called disruptive mood dysregulation disorder (DMDD), described as intense outbursts and irritability beyond normal temper tantrums in young children.

While the move is meant to address an established problem, many are worried that the category will be applied too liberally.

“My concern is this category will be applied to individuals where the reason for these blow ups is for something else. &&#35;160;You can see it in kids with anxiety disorders and ADHDâ€¦.Even the head of the DSM committee asked, ‘Are we going to label kids with temper tantrums?’” Dr. Max Wiznitzer, a pediatric neurologist for UH Rainbow Babies &&#35;38; Children’s Hospital in Cleveland, Ohio, told FoxNews.com. “The thing is we have to make sure people are going to be rigorous in application and not just apply to any kid with temper tantrums or sleep deprivation.”

The DSM’s chapter on substance abuse has also undergone changes, now being called the Substance Use Disorders chapter. &&#35;160;The diagnostic criteria for these conditions have been expanded, but one of the biggest changes deals with the swapping of two seemingly similar words when describing these disorders: the term “dependence” is out and the term “addiction” is in.

According to Dr. Yasmin Hurd, professor of psychiatry at Mount Sinai, the change is subtle but necessary.

“It was quite confusing, especially with the term dependence,” Hurd told FoxNews.com. &&#35;160;“It had association with severe psychological dependencies, generating a lot of confusion. &&#35;160;Now the DSM-5 just talks about addiction, in context, being about the compulsive nature of the disorder.”

In addition to the word swap, new controversial categories of gambling disorders and cannabis withdrawal have been created in the DSM-5 – decisions based on multiple human and animal studies.

“Experts in the field know that people who have severe cannabis use – they’ll go through cannabis withdrawal,” Hurd said. “There is a misnomer in our society that people can’t get addicted to marijuana. &&#35;160;That’s not true. &&#35;160;There are more people that meet the criteria for abuse of cannabis than any other illicit drug.”

Similar to the changes made to the autism spectrum disorders, substance use disorders will also be categorized more on a sliding scale, depending on the severity of each patient’s symptoms.

“You’re going to have many people with alcohol and cannabis addiction who have mild addiction, but very few heroin addicts are going to be mild,” Hurd said.

Along with the more controversial changes, the DSM-5 is also refining the criteria for post-traumatic stress disorders (PTSD), including a subtype for PTSD in preschool children. &&#35;160;The diagnosis for attention deficit hyperactivity disorder is also getting a revision, with the elimination of a previously required symptom and the changing of the required age of onset from age 7 to age 12.

Obsessive compulsive disorder (OCD), once categorized under anxiety disorders, is now getting its own category of Obsessive-compulsive and related disorders. &&#35;160;Along with OCD, this category includes Body Dysmorphic Disorder (BDD), Trichotillomania (TTM, or hair pulling) and a brand new disorder called Hoarding Disorder.

The DSM-5 incorporates many more changes that have psychiatrists locked in heated debate, but Wiznitzer noted that these tensions will always exist as long as doctors continue to learn more about the human brain.

“Homosexuality used to be in the DSM as a psychiatric disorder; that was two versions ago,” Wiznitzer said. “Autism wasn’t even in the first two versions of the DSM, it was childhood schizophrenia. &&#35;160;Then we changed the criteria over time. &&#35;160;Basically anytime you change something, it’s always met with resistance.”