Home » Health literature is too complex for most patients to grasp, study shows 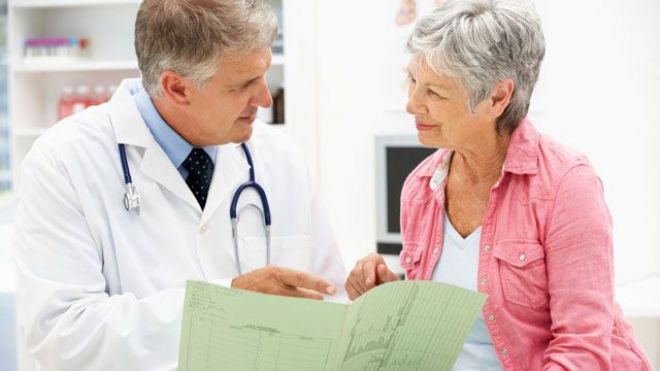 The importance of health literacy hit home for Lisa Gualtieri when a Cambodian refugee diagnosed with cancer asked her to act as a patient advocate.

She played the role of a “salty tongue,” a Cambodian expression that paints outspokenness in a positive light. But even though the patient's family was in the room when doctors took the time to answer every last question about test results and treatment options, the refugee's family would call Gualtieri hours later to review what doctors had said.

A new study, published Monday in JAMA Internal Medicine, suggests one potential reason for the family's confusion: Despite good intentions, many experts may be creating educational materials that are too difficult for patients and their families to grasp.

“Patients will often come to the office, and one of the first things they say to you, especially about technical information, they'll say that they've been on the Internet, and they'll quote one or two key phrases back to you,” said study author Dr. Charles Prestigiacomo. “Unfortunately, the little soundbites, while accurate, may not be complete.”

Prestigiacomo and his colleagues at the University of Medicine and Dentistry of New Jersey (UMDNJ) in Newark used a number of readability scales - including “simple measure of gobbledygook (SMOG) grading” - to test how challenging materials by 16 different medical specialty societies were to read.

The average reading level of the online materials by groups ranging from the American Society of Anesthesiologists to the American Psychiatric Association, fell anywhere from ninth grade to the sophomore year of college. (See one example here:.)

That's far above the fourth-to-sixth grade level recommended by the American Medical Association and by a number of U.S. government agencies such as the Department of Health and Human Services.

Those guidelines are based on the fact that the average American reads at 7th or 8th grade level, said Nitin Agarwal, a medical student at UMDNJ and another author of the study.

“We might not be cognizant of the population reading our articles, who might need something more simple,” Agarwal said.

The current study's findings agree with those of previous work by some of the same researchers looking at patient education materials in individual specialties.

“Organizations often end up using jargon,” said Gualtieri, who studies health communication at Tufts University in Medford, Massachusetts, but was not involved in the new research. They end up “using the language they're accustomed to as opposed to (the language) the people they're trying to reach are accustomed to using,” she said.

“You have to think about reaching people where they are,” she added.

Sometimes, according to Prestigiacomo, that means using analogies. “There are only so many ways you can describe an aneurysm,” said the UMDNJ neurosurgeon, who tells patients such ballooning blood vessels are “like a blister on a tire.”

“The problem is that it's not quite perfectly accurate,” he said. “But sometimes we have to realize that simplifying it to an analogy may be the best way for patients to understand it.”

When it came to the quality of the writing, obstetrics and gynecology really failed to deliver. Materials in that specialty had nearly six cliches for every 50 pages, and also “contained the highest total number of indefinite article mismatches (the improper use of “a” or “an”).”

“You go from region to region in the U.S., people aren't familiar with what each cliche refers to,” said Agarwal.

And in a sentence that might have unintentionally demonstrated the authors' point, they report, “The proportion of passive voice sentences used throughout resources ranged from 4&#37; in family medicine to 27&#37; in neurological surgery.”

“Concise and to the point is the way to go for this sort of stuff,” Agarwal said. Gualtieri recommended that those who produce such materials consider why people are coming to their sites, and what they're looking for. She echoed the authors' suggestion that such sites use pictures and videos.

“The organizations represented should be happy that people are at their sites,” Gualtieri said. “It's high-quality, reliable information, there's a lot out there that isn't. If one of these organizations could read something like this, and say, ‘we're not doing everything we can for those who most read us,' that would be a lovely outcome from a study like this.”

That's already happened. Prestigiacomo showed the results to one of the specialty groups whose patient materials were analyzed before publishing the paper, and the organization committed to rewriting them.

And the Cambodian man with cancer is doing well, Gualtieri said. “The treatment was successful.”