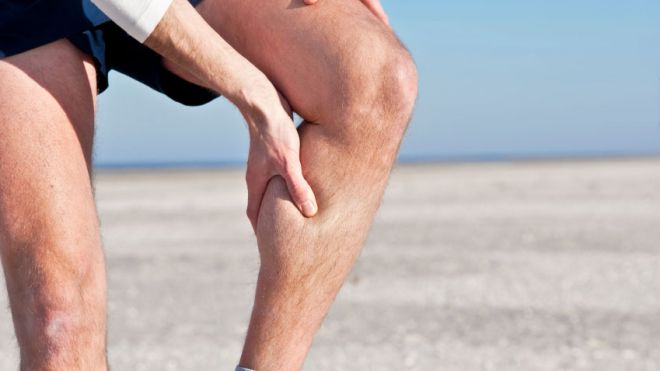 Researchers compared two groups of similar people enrolled in military health insurance and found those taking a statin were about 10 percent more likely to have muscle pain, sprains or strains.

Past studies have tied the popular cholesterol drugs to muscle weakness as well as the rare muscle-wasting disease rhabdomyolysis.

The new study expands on those findings and suggests the muscle-related side effects of statins might be broader, researchers said. However, they don't prove statins caused the pain and injuries seen among some patients.

“I would strongly recommend that no one should stop taking statins based on this studyâ€¦ simply because statins have been life-saving for many patients,” said the study's lead researcher, Dr. Ishak Mansi.

However, he said side effects including muscle injuries are something to think about for people who are discussing with their doctor whether they really need to be on a statin.

And they're another reason to try to maintain a healthy lifestyle - including exercising and not smoking - to avoid needing drugs in the first place, he added.

Mansi, from the VA North Texas Health Care System in Dallas, and his colleagues compared the health records of two groups of patients who were the same age and had the same types of medical conditions. People in one group had been prescribed a statin in late 2004 and 2005; those in the other group never took statins during the study period.

The researchers tracked the medical records of each of those patients - about 14,000 in total - through early 2010 for signs of muscle problems.

They found 87 percent of statin users had some type of muscle or joint problem - including arthritis and muscle injuries - compared to 85 percent of people who didn't take a statin.

Strains, sprains and dislocations, in particular, were reported for 35 percent of people on a statin, compared to 32.5 percent of those not taking a cholesterol-lowering drug. And medical records showed muscle pain among 73.5 percent of statin users, versus 71.5 percent of non-users, Mansi's team reported in JAMA Internal Medicine.

Mansi said those proportions are a bit higher than usual both in the statin and non-statin groups - possibly because his study included military members and veterans, who are more likely to get injured.

The researchers calculated that 37 people would have to be treated with statins for one more to have a muscle strain or sprain, and 58 people for one more case of muscle or joint pain.

About one-quarter of U.S. adults aged 45 and older take statins to protect against heart attacks and strokes. The drugs are especially recommended for people with diabetes or a history of cardiovascular problems.

Dr. Paul Thompson, chief of cardiology at Hartford Hospital in Connecticut, said his own research suggests about 5 percent of people will have muscle problems related to statin use.

“We think it's a much bigger problem than it's given credit for,” Thompson, who wasn't involved in the new study, said. However, he said, those muscle problems don't seem to be permanent.

Mansi agreed that people “don't need to be excessively worried” about muscle pain or injuries tied to statins, but that they're something to consider.

“Patients need to discuss with their doctors the benefit-risk ratio of statins for them specifically,” he said.