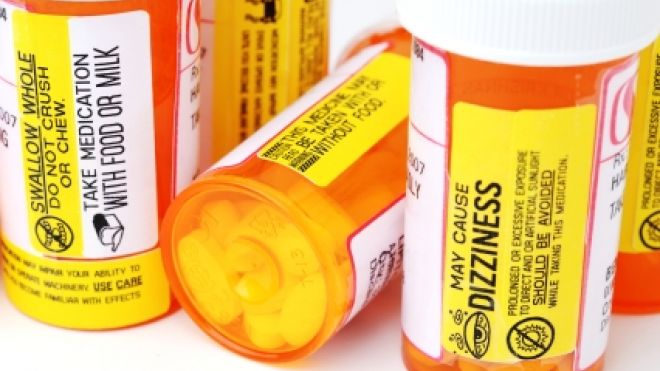 Researchers found fewer doctors in the program prescribed a drug that could increase the risk of antibiotic resistance for children with pneumonia or a sinus infection, compared to those who received no extra guidance.

“We tried to keep it relatively simple,” said Dr. Jeffery Gerber, who led the new study at the Children's Hospital of Philadelphia. “Our hope is that any practice with an electronic health record would be able to adopt this strategy.”

The potential for antibiotic resistance - when bacteria no longer respond to certain drugs - exists any time an antibiotic is used. Researchers have focused on limiting overuse or misuse of those drugs, in hopes they will continue to work when needed.

One strategy for preventing resistance is to prescribe the antibiotic most specifically targeted to a particular infection, rather than a “broad-spectrum” antibiotic that can kill many types of bacteria.

For their new study, Gerber and his colleagues tracked how often pediatricians prescribed a broad-spectrum drug versus “narrow-spectrum” options such as penicillin and amoxicillin, which are recommended by the American Academy of Pediatrics for conditions like pneumonia and sinus infections.

Their data came from 162 doctors at 18 pediatric primary care practices in Pennsylvania and New Jersey, nine of which received the year-long education and electronic feedback intervention.

In the 20 months before the initial education session, doctors prescribed broad-spectrum antibiotics to 27 percent of kids with common respiratory infections. During the program, that fell to 14 percent.

In comparison, the decline in antibiotic misuse was much smaller at practices where doctors didn't receive education or feedback: from 28 percent to 23 percent, Gerber's team reported Tuesday in the Journal of the American Medical Association.

The researchers did not see a reduction in how often antibiotics were inappropriately prescribed for viral conditions - but those numbers were low to begin with, they said.

Dr. Adam Hersh, who studies pediatric infectious diseases at the University of Utah in Salt Lake City, said doctors in general are getting better at not prescribing antibiotics when they won't help, such as for the common cold. But concerns about increasing resistance continue.

“Despite the success in the decline in overall antibiotic use that we've seen over the last decade, at the same time there's still an ongoing problem and even increasing problem of overuse of unnecessarily broad-spectrum antibiotics,” he said.

Narrow-spectrum drugs “will limit the collateral damage that goes along with antibiotic prescribing,” said Hersh, who didn't participate in the new study. And they're often cheaper than broad-spectrum versions.

He said the program used in the new study has the advantage of being relatively cheap and non-intrusive, so it's likely to work for other types of practices.

Still, it's unclear from these findings whether the rate of broad-spectrum prescribing would stay down after doctors stopped getting regular antibiotic-related feedback, Gerber and his colleagues noted.

Hersh said parents can do their part by asking if an antibiotic is really necessary when the doctor prescribes one, as well as if it's the most appropriate version.

“The number one thing is to make sure the kid gets the best medication that cures their infection,” Gerber said.