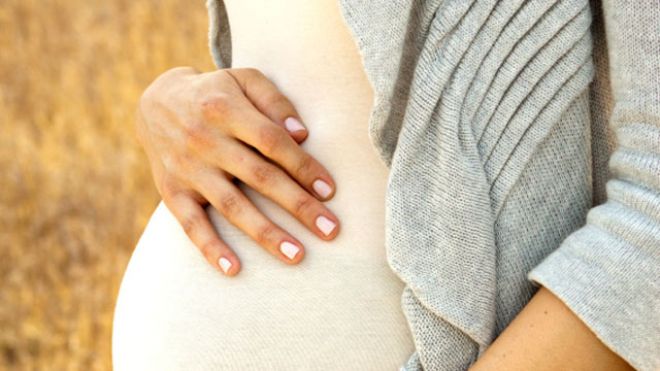 For pregnant women, gestational diabetes can be a troubling complication. &&#35;160;A form of diabetes that develops during pregnancy, gestational diabetes mellitus (GDM) causes glucose levels in the bloodstream to be higher than normal, which can pose significant risks to the unborn baby’s health.

While GDM can often be controlled through proper diet, exercise and medication, early diagnosis and treatment are crucial for women hoping to manage their high blood sugar and prevent complications during their pregnancy.

In order to better identify the condition in pregnant women earlier, researchers from Tokyo Women’s Medical University have identified a biomarker in pregnant women’s blood that can help determine her risk of developing gestational diabetes.

“Currently, at mid-pregnancy – 24 to 28 weeks – a glucose challenge test is performed to find GDM,” study author Dr. Atsuhiro Ichihara, of Tokyo Women’s Medical University, told FoxNews.com. &&#35;160;“However, earlier detection of GDM has been needed for early intervention or prevention,”

Ichihara noted that usually only women who have risk factors such as obesity or a family history of GDM are screened earlier on in pregnancy. &&#35;160;Therefore, women who develop GDM and do not have these common risk factors often remain undiagnosed until the second trimester – and a delay in diagnosis often means therapies for GDM are less effective.

If left untreated, GDM can increase the risk of jaundice, breathing issues and hypoglycemia in the newborn child. &&#35;160;More extreme side effects of uncontrolled GDM include the risk of premature delivery, preeclampsia, and even the death of the child before or shortly after birth. &&#35;160;

Through previous research, Ichihara and his team had determined that the protein renin receptor (P)RR plays a significant role in the assembly and function of the enzyme known as vacuolar H+-ATPase (v-ATPase). &&#35;160;According to Ichihara, the disruption of this enzyme’s functions leads to the development of GDM. &&#35;160;The researchers believed that measuring levels of s(P)RR – the soluble form of (P)RR found in the bloodstream – could help predict whether or not pregnant women eventually develop diabetes.

Using the popular diagnostic enzyme-linked immunosorbent assay (ELISA) test, the team analyzed the blood of 716 pregnant women during their first trimesters, measuring for their levels of s(P)RR. &&#35;160;Of the study’s participants, 44 women ultimately developed GDM.

Confirming the researchers’ hypothesis, tests results showed that women with elevated levels of s(P)RR in their blood were 2.9 times more likely to develop gestational diabetes than the women with the lowest levels.

According to Ichihara, the increased levels of s(P)RR suggest that the mothers are experiencing slowed metabolisms, putting them at risk for GDM.

Overall, the research team hopes that this test will be utilized in pregnant women in addition to traditional markers for GDM – such as obesity and high blood pressure. &&#35;160;Ichihara said the test could also come in handy for detecting other conditions, as recent studies have found a connection between elevated s(P)RR levels and the birth of larger babies and high blood pressure in late pregnancy.

“The evidence suggests the biomarker is important in the interaction between mother and fetus during pregnancy,” Ichihara said.

The research was published in The Endocrine Society's Journal of Clinical Endocrinology &&#35;38; Metabolism (JCEM).