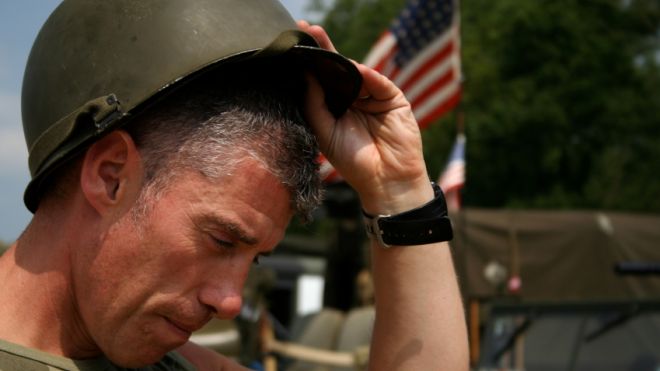 The life of an individual suffering from post-traumatic stress disorder (PTSD) is often a debilitating one, as patients are frequently plagued by intense nightmares, flashbacks and emotional instability. &&#35;160;&&#35;160;

There are a number of psychotherapeutic treatments and cognitive behavioral therapy options to aid sufferers of PTSD, but these interventions are not always available to patients. &&#35;160;And while medications tend to be the first line of defense for these individuals, no pharmaceutical treatments have been developed yet to specifically target PTSD.

But now, new research may help dramatically change the course of treatment for PTSD patients. &&#35;160;In the first study of its kind, researchers at New York University Langone Medical Center have utilized brain imaging technology to highlight a connection between the number of cannabinoid receptors in the brain and PTSD. &&#35;160;Cannabinoid receptors, known as CB1 receptors, are activated in the brain when a person uses cannabis, which can lead to impaired memory and reduced anxiety.

The researchers’ findings pave the way for the development of the first every medication designed explicitly to treat trauma – something, they say, is desperately needed.

“The first line of treatment (for PTSD patients) is selective serotonin reuptake inhibitors, which is a class of medication generally used with good effects in people with depression,” lead author Dr. Alexander Neumeister, director of the molecular imaging program in the departments of psychiatry and radiology at NYU School of Medicine, told FoxNews.com. &&#35;160;&&#35;160;“These medications do not really do the job for people with PTSD, so clinicians use anything else that is legally available on the market. &&#35;160;They often use different classes of medications developed for things like depression, schizophrenia, or bipolar disorder, and overall there’s consensus that these do not work.”

Affecting nearly 8 million Americans each year, PTSD is an anxiety disorder that is developed after an individual experiences a dangerous or painful life event – such as a sexual assault, a tragic accident, surviving an act of extreme violence or the experience of fighting in a war. &&#35;160;Of the 1.7 million American men and women in the military who have served in Iraq and Afghanistan, approximately 20 percent have been diagnosed with PTSD.

During the past decade, Neumeister and his team have studied the impact PTSD has on the brain’s physiology and have found that exposure to severe trauma can considerably alter how the brain functions. &&#35;160;With this knowledge in mind, the researchers decided to examine CB1 receptors in the brain due to a common trend observed among PTSD patients: Marijuana use. &&#35;160;In an attempt to cope with their symptoms, many PTSD patients end up using and abusing cannabis, which helps to temporarily relieve them of their incapacitating episodes.

According to Neumeister, PTSD patients often report that smoking marijuana works better for them than any other legal medication, leading the researchers to believe that the manipulation of CB1 receptors in the brain may have a beneficial impact on trauma symptoms.

“About 8 years ago, the first animal study was published showing that everybody has endogenous cannabinoids, or endocannabinoids, in the brain – meaning this substance is in the brain of every person,” Neumeister said, noting that endocannabinoids act like cannabis, binding to CB1 receptors to help extinguish traumatic memories. “Animal studies have suggested that increasing cannabinoids in the brain helps them to forget painful events and form new memories, so they start to learn to digest what they went through and get over it. &&#35;160;We thought this may be relevant to PTSD.”

To test this idea, the researchers performed positron emission tomography (PET) imaging on the brains of 60 participants who had been divided into three groups – those with PTSD, those with a history of trauma, but no PTSD, and those with no history of trauma or PTSD. &&#35;160;Each participant was injected with a harmless radioactive tracer, which was designed to travel to the CB1 receptors in the brain and illuminate them under the PET scan.

The images revealed what the researchers had expected. &&#35;160;The individuals with PTSD had higher levels of CB1 receptors in areas of the brain associated with fear and anxiety than the volunteers without PTSD. &&#35;160;Those with PTSD also had lower levels of the neurotransmitter anandamide, an endocannabinoid that binds to CB1. &&#35;160;Neumeister explained that lower levels of anandamide prompts the brain to compensate by increasing the number of CB1 receptors, resulting in an imbalanced endocannibinoid system.

Because CB1 receptors help regulate mood and anxiety, the scientists advised against creating medications to destroy them in the brain, as that would lead to depression. &&#35;160;Instead, Neumeister said their PTSD medication would rely on promoting CB1 equilibrium.

“We want to increase the concentration of these endocannabinoids,” Neumeister said. &&#35;160;“So we are currently working on the methods to do this, and we have developed a compound that is able to increase the concentration of endocannabioniods without attacking the receptors. It helps restore a normal balance of this chemical in the brains of those with PTSD.”
Neumeister claims the compound is very safe and does not come with the added health problems caused by chronic marijuana use.

“Very soon, we will be able to start clinical trial of this medication in people,” Neumeister said. &&#35;160;“It’s the first medication developed for people with PTSD, so I hope that it will open up a new generation of treatment for people.”

The study, funded by the National Institutes of Health, was published in the journal Molecular Psychiatry.