Home » The impact of cell phone use on fertility

The use of the cell phone has become an “accessory” indispensable in our daily life. Use and abuse of gadgets of all kinds have increased. So much so that from different areas of medicine has begun to warn about its impact on health. A few days ago, after evaluating dozens of research, the World Health Organization (WHO) reported that the phone could cause a type of brain tumor. And now, fertility specialists also put the mobile phone in focus: can affect male reproductive potential. 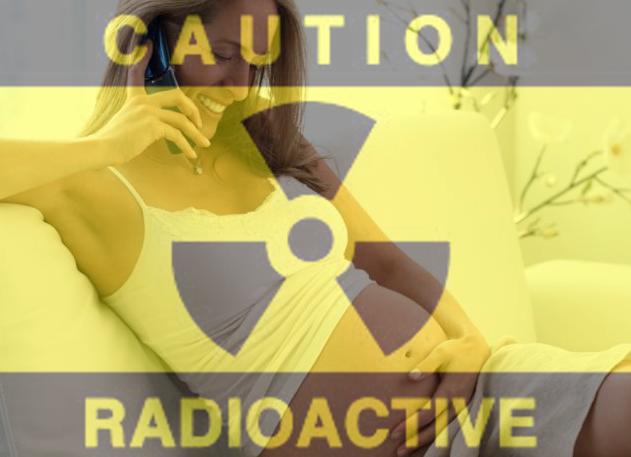 “Infertility affects approximately 15% of couples of reproductive age, cause being male pathology almost half of the cases,” says Dr. Fernando Neuspiller, director of IVI Bs As

The Center for Reproductive Medicine, Cleveland, USA, conducted a major investigation which linked cell phone use with alterations in the quantity and quality of sperm. We studied 361 men with fertility problems and were divided according to the number of hours each day using the cell phone. “It showed a direct correlation between the hours of daily cell phone use and alteration in quantity, quality, motility and morphology of sperm. The cause of these changes remains uncertain, but has been associated with a direct effect of the waves RF electromagnetic or thermal damage in sperm by increasing body temperature, “explains Neuspiller.

Recently, the World Health Organization published a report linking cell phone use and various types of cancer, especially in the brain. In this regard, other studies show that electromagnetic waves cause sleep disturbances, difficulty concentrating, fatigue, headache, increased blood pressure and male infertility.

The head of research, Dr. Ashok Agarwal, director of the Center for Reproductive Medicine, explained more in detail the causes of this damage, “it happens that phone radiation can affect the gonads through a thermal effect, i.e. that produces a temperature rise in the testes affecting the quality of sperm.”

Increased amounts of free radicals, less mobility (essential for sperm to reach the egg and fertilize it) and a shorter life than usual, are some of the flaws that have been found in semen and exposed to radio frequency waves.

According Neuspiller, the study shows that as you increase the number of hours of cell phone use, there is a progressive deterioration of semen parameters. “People who used more than 4 hours daily his mobile phone had on average a 50% reduction in the number of sperm than those who did not use cell phones and this worsened as did the number of hours of use mobile telephony. Additional showed a negative correlation between sperm quality and hours of use, “says the specialist.

Despite these results, further studies are still required to identify the causes of these changes in male fertility. “We need more rigorous research on the impact of different cell models, the additional effect of electronic equipment, computers, radio waves, Bluetooth services, etc…” Says Neuspiller.

The issue is not new and has long been discussing the risk that can lead to male fertility frequencies of mobile phones. A study published in the journal “Fertility and Sterility” showed that excessive use of mobile phones can cause malformations in sperm cells and oxidative stress generate them.

The study worked on sperm of more than three hundred men who had pelvic area near a mobile phone in talk mode. The results of analyzes performed in the sperm of these men were irrefutable: the proximity of the mobile in the sperm quality changes.

According to Devra Davis, a scientist from the United States and one of the most important epidemiologists his country, the mobile phone industry is the cause of a “global health catastrophe” in the coming years if this problem is not handled to time. One of the negative health effects of cell phone use has to do with male fertility. The research – conducted in the United States, China and Australia – has warned that the habit of keeping the phone in the front pocket of the pants can be harmful to sperm production in men.

“Studies show the same thing. All young people who are trying to be parents and using the cell phone at least 4 hours a day have half the sperm others,” Davis said. In other words, it means that this piece of technology would cause infertility in men.

Why is this? Because, being in contact with phone radiation, sperm become weaker, thinner and less able to move.

For the scientist, while the cellular industry has tried to hide the damage that this new and increasingly cause massive health technology. That’s why the threat of microwave radiation from phones has been underestimated for a long time.

This study certainly should make us aware of how dangerous it can be technological advances.

Meanwhile, with so many news and warning, it pays to start reducing their use. Better safe…