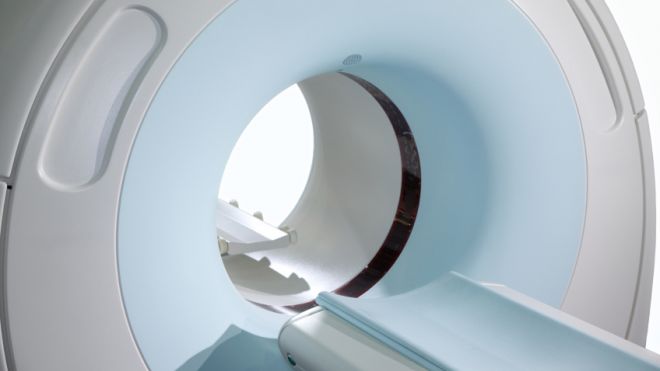 Fewer CT scans were done on American children in recent years after a steep increase from 1996 to 2005, a new study showed, but medical experts said they remain concerned that too many youngsters are being unnecessarily exposed to the procedure's harmful radiation.

Medical experts said that about one-third of kids who receive the scans likely are exposed unnecessarily to radiation from the equipment.

Ionizing radiation from computed tomography equipment, which uses X-rays to examine internal organs for bleeding, fractures or cancer, among other purposes, has been linked in previous studies to increased risk of cancer. Children appear particularly vulnerable because their organs are still developing and they have a longer period for cancer to form.

In Monday's study, published in JAMA Pediatrics, researchers examined the rates and radiation dosages of CT scans used in children across seven large U.S. health-maintenance organizations between 1996 and 2011. The study examined data on the 152,000 to 370,000 children who got scans each year, for a total of 4.85 million child-years of observation. One child-year refers to data for one child over one year.

“This is adding more to the body of knowledge of we'reâ€¦overdoing CT scans in general and ionizing radiation in everyone, especially children,” said Eric Topol, director of the Scripps Translational Science Institute in La Jolla, Calif., who studies medical technologies and wasn't involved in the current study.

The recent decrease may be connected in part to growing concerns about cancer risk from CT radiation, but probably also is related to a push to reduce unnecessary and expensive testing, said Diana Miglioretti, the first author on the study and a biostatistics professor at the University of California, Davis. Health-care spending of many types fell during the recession.

However, there still likely is overuse of CT scans in children, Dr. Miglioretti said. For instance, medical evidence suggests that children with suspected appendicitis first should get an ultrasound, which doesn't use radiation, but many times they receive a CT scan initially.

The researchers also used radiation-dosage information for CT scans, combined with prior studies on the amount of radiation associated with cancer, to project how many additional cancers might result from CT scans in childhood.

They found that the highest risk was for abdomen scans, where one case of cancer could be expected in 300 to 400 girls and one in 700 to 800 boys who received such a scan.