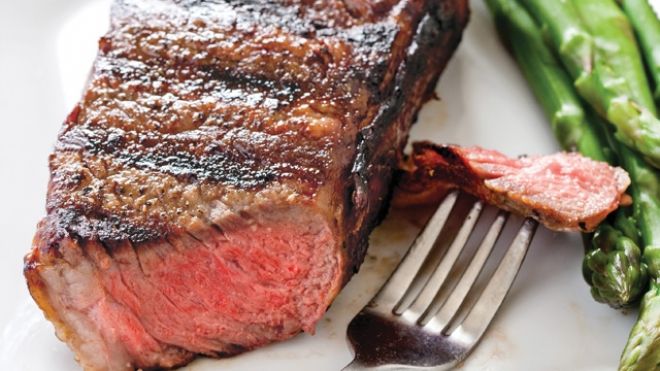 People who increased their consumption of red meat during a four-year period were more likely to develop Type 2 diabetes in a subsequent four-year period, according to an analysis involving about 150,000 people.

The analysis, led by researchers at the National University of Singapore, took data from three long-running Harvard University studies involving mostly nurses and doctors. The results were published online Monday in JAMA Internal Medicine, a journal of the American Medical Association. The studies were funded by grants from the National Institutes of Health.

While prior studies have also found a link between red-meat consumption and the development of Type 2 diabetes, the new analysis is believed to be the first time researchers have tracked changes in red-meat consumption over time with the risk of developing Type 2 diabetes. Study participants filled out detailed questionnaires about the types of food and drinks they consumed at the beginning of the study and every four years. The analysis looked at some 20 years of data.

Broadly, the study showed that, compared with a group of people who had no change in red-meat intake, increasing red-meat consumption by more than a half-serving per day over a four-year period was associated with a 48 percent increase in the risk of developing Type 2 diabetes during the next four years.

However, reducing red-meat consumption by the same amount during the same time period didn't cut the risk of diabetes during the next four years. It did reduce the risk by 14 percent over a longer time period, though.

The changes were independent of other factors such as body weight and overall diet quality.

“Our results confirm the robustness of the association between red meat and [Type 2 diabetes prevention] and add further evidence that limiting red-meat consumption over time confers benefits forâ€¦prevention,” the study authors wrote. An Pan, an assistant professor at the National University of Singapore's Saw Swee Hock School of Public Health, was the study's lead author.

Other doctors say red meat in and of itself isn't necessarily the trouble.

“It is not the type of protein (or meat) that is the problem; it is the type of fat,” said William J. Evans, who is affiliated with both Duke University and GlaxoSmithKline PLC., and who wrote a commentary about the study that was also published online in JAMA Internal Medicine. “It's mischaracterizing red meat as high fat,” Evans said in an interview.

He said consumers could choose lean cuts of red meat such as sirloin tips or round steak over high-fat cuts like rib-eye.

Dr. Pan could not be reached for comment Monday.