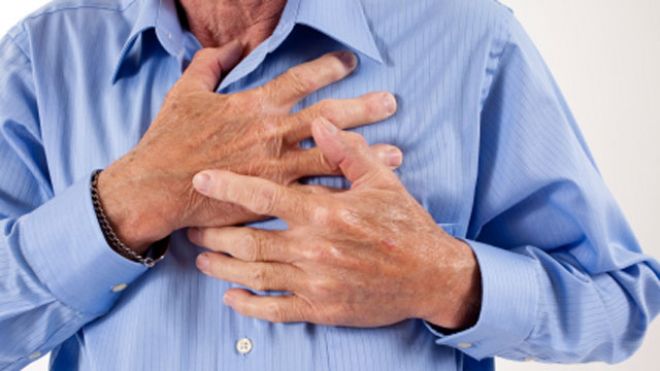 Long-term high-dose use of painkillers such as ibuprofen or diclofenac is “equally hazardous” in terms of heart attack risk as use of the drug Vioxx, which was withdrawn due to its potential dangers, researchers said on Thursday.

Presenting the results of a large international study into a class of painkillers called non-steroidal anti-inflammatory drugs (NSAIDs), the researchers said high doses of them increase the risk of a major vascular event - a heart attack, stroke or dying from cardiovascular disease - by around a third.

This means that for every 1,000 people with an average risk of heart disease who take high-dose diclofenac or ibuprofen for a year, about three extra would have an avoidable heart attack, of which one would be fatal, the researchers said.

This puts the heart risks of generic NSAIDs on a par with a newer class of NSAIDs known as COX-2 inhibitors or coxibs, which includes Vioxx - a painkiller that U.S. drugmaker Merck pulled from sale in 2004 because of links to heart risks.

“What we are saying is that they (coxibs, ibuprofen and diclofenac) have similar risks, but they also have similar benefits,” said Colin Baigent of the clinical trial service unit at Britain's Oxford University, who led the study published in The Lancet medical journal on Thursday.

He stressed that the risks are mainly relevant to people who suffer chronic pain, such as patients with arthritis who need to take high doses of painkillers - such as 150mg of diclofenac or 2400mg of ibuprofen a day - for long periods.

“A short course of lower dose tablets purchased without a prescription, for example, for a muscle sprain, is not likely to be hazardous,” he said.

The study team gathered data, including on admissions to hospital for cardiovascular or gastrointestinal disease, from all randomized trials that have previously tested NSAIDs.

This allowed them to pool results of 639 randomized trials involving more than 300,000 people and re-analyze the data to establish the risks of NSAIDs in certain types of patients.

In contrast to the findings on ibuprofen and diclofenac, the study found that high doses of naproxen, another NSAID, did not appear to increase the risk of heart attacks. The researchers said this may be because naproxen also has protective effects that balance out any extra heart risks.

Baigent said it was important patients should not make hasty decisions or change their treatment without consulting a doctor.

“For many arthritis patients, NSAIDs reduce joint pain and swelling effectively and help them to enjoy a reasonable quality of life,” he said. “We really must be careful about the way we present the risks of these drugs.

“They do have risks, but they also have benefits, and patients should be presented with all those bits of information and allowed to make choices for themselves.”

Donald Singer, a professor of clinical pharmacology and therapeutics at Britain's Warwick University, who was not involved in the study, said its findings “underscore a key point for patients and prescribers: powerful drugs may have serious harmful effects”.

“It is therefore important for prescribers to take into account these risks and ensure patients are fully informed about the medicines they are taking,” he said in an emailed comment.