Home » 5 reasons the government is not prepared to handle ObamaCare 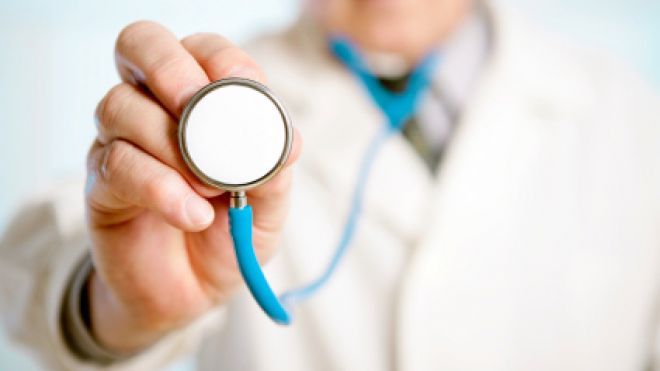 The recent turn of events with the Obama Administration and a lack of transparency are a significant red flag to the impending catastrophe of how the proposed changes under the Affordable Care Act could be the next ensuing disaster.

1. Is the IRS capable of fairly enforcing penalties?
A major part of the Affordable Care Act is providing insurance for those who don’t have it, or can’t afford it. &&#35;160;The assumption, originally, was that savings would be obtained by coaxing individuals to buy insurance sooner, and prevent the rising cost of catastrophic illness. The hope was that individuals would feel the pain of a financial penalty, enforced by the IRS, and hence opt-in for insurance as opposed to paying the fine. &&#35;160;

But recent events, and the follies of the IRS, in using their authority to overstep the boundaries of fairness and jurisdiction, should cause concern. &&#35;160;How effective and unbiased can the IRS truly be in accurately indentifying those individuals who have not complied with the law and enforcing the penalties? &&#35;160;We were previously told that while the IRS, in fact, has jurisdiction over the enforcement of the penalties, that they would not be proactive in its enforcement. &&#35;160;Its recent targeting of conservative voices raises concerns as to whether those individuals who don’t comply or conform with ObamaCare could also be targeted.

2. Will the government-run exchanges be able to maintain individual privacy?
Based on the activities of the Department of Justice and its access to phone records of many AP journalists, and now personal email records of top Fox News reporters, it is concerning whether the government will exert similarly over the administration of the federal exchanges/market places as a means of coercing individuals to comply. &&#35;160;After all, in several states, the responsibility of establishing infrastructure and processes will be delegated to the federal government, and it is questionable based on these recent events, whether they will be able to maintain the necessary integrity of the first amendment, and consumers’ rights to privacy and their health data.

3. Does the government have enough money to implement ObamaCare?
Last week, it was reported that Secretary Sibelius contacted executives of health care companies and other organizations for donations to assist with the marketing and communication of the Affordable Care Act. &&#35;160;It should come as no surprise that the initial projections of the estimated cost of the Affordable Care Act have been completely blown, and the government now finds itself in a position to scramble for resources to ensure that there is adequate funding for not only the implementation for the exchanges, but also enough resources to help people figure out what the law is really about. &&#35;160;

4. Can the government truly isolate itself from lobbying?
A recent article published in the Wall Street Journal cites the unusual circumstances and communications that occur between analysts on Wall Street, lobbyists and government officials that tipped off the market on the CMS stance as it pertains to Medicare reimbursements for insurance companies. &&#35;160;As a result of this inside information, stock prices for major companies, such as United Health Care and others, soared. &&#35;160;It remains unclear as to the exact details of what was shared by whom and when, but the fact remains that there has been intense lobbying by many vested interests across health care industries in influencing the current decisions of the government – all of this, despite the fact that the Obama Administration, in the beginning, was adamant against lobbying.

5. Is the government an effective communicator for the health law to succeed?
The recent events around Benghazi, although unrelated, are a classic example of a public relations catastrophy. &&#35;160;If the government is unable to succinctly articulate an honest transparent message to the American people about what truly happened in Benghazi , how can they be expected to do anything better as it pertains to the Affordable Care Act? &&#35;160;&&#35;160;The President recently began an aggressive campaign to communicate and market the benefits of the Affordable Care Act, but the credibility of any communications that are meant to convince the American consumer about the merits of the health law will only be as good as the consistent, careful, transparent coordination between the White House, Department of Health and Human Services, IRS and other organizations responsible for the implementation. &&#35;160;

The emerging IRS scandals, &&#35;160;as they pertain to the multiple crises of the Obama Administration, are an ominous sign for how these very mistakes will impact the outcome of how the Affordable Care Act is implemented, and ultimately the lives of every American consumer. &&#35;160;

Dr. Sreedhar Potarazu is an acclaimed ophthalmologist and & entrepreneur who has been recognized as an international visionary in the business of medicine and health information technology. He is the founder of VitalSpring Technologies Inc., a privately held enterprise software company focused & & on & & providing employers with applications to empower them to become more sophisticated purchasers of health care. Dr Potarazu recently founded GoodChime&&#35;33; a social platform for driving consumer engagement in health for which he is the chairman.