Home » Research for Her: Bridging the gender gap in health studies 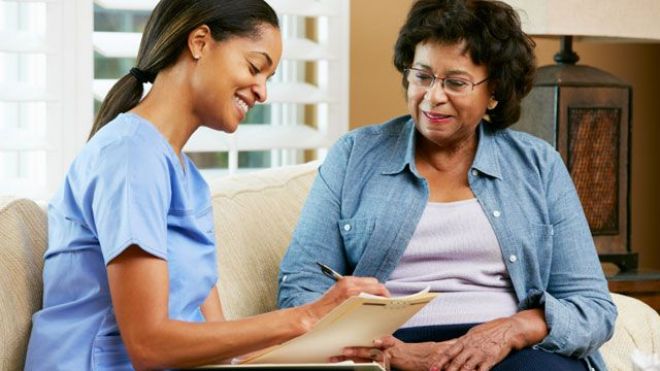 Before Kelli Sargent’s mother, Nanci, was diagnosed with stage 3C ovarian cancer in 2000, she and her family knew little about the disease’s warning signs.

Frustrated by the lack of research and awareness surrounding ovarian cancer, Sargent and her mother started a nonprofit called “Run for Her” in conjunction with Cedars-Sinai Medical Center in 2005. The event, a 5,000-meter run held in Los Angeles, raises funds and spreads awareness about ovarian cancer.

Though Nanci lost her battle with ovarian cancer five years ago, Run for Her is still dedicated to its mission. Now, a new program at Cedars-Sinai called Research for Her is collaborating with Run for Her to overcome another obstacle standing in the way of improved outcomes for ovarian cancer patients: the lack of women participating in clinical trials.

Women are historically underrepresented in clinical trials and erasing this gender gap could help scientist’s develop better screening methods for diseases like ovarian cancer – something that Sargent believes could have saved her mother’s life.

“If you catch ovarian cancer earlyâ€¦it’s basically curable. You have such an optimistic future,” Sargent told FoxNews.com. “But only less than 20 percent of cases are caught early.”

Sign up, save lives
While doctors are uncertain why fewer women choose to enroll in clinical trials, they know unequal gender representation in studies can have serious health implications.

“If we don’t find out how drugs work in the real population, then they may simply not work as well as we hope that we do,” Dr. BJ Rimel, co-founder of Research for Her and a gynecologic oncologist in the department of obstetrics and gynecology at Cedars-Sinai, told FoxNews.com.

Furthermore, the lack of female research participants has slowed studies seeking to explore the basic causes and markers of diseases like ovarian cancer. &&#35;160;Understanding the basic mechanisms behind these disorders could help lead to earlier detection methods – and ultimately save lives.

It wasn’t until Rimel began her career at Cedars-Sinai in 2011, with a dream of conducting clinical trials, that she understood the severity of the problem.

“I realized the enrollment for clinical trials at Cedars was abysmal,” Rimel said. “We weren’t making a dent. We were offering all these great things, but nothing was happening.”

Rimel eventually met Dr. Catherine Deng, associate director of the Wasserman Breast Cancer Risk Reduction Program and surgeon at the Saul and Joyce Brandman Breast Center at Cedars-Sinai, who was having difficulty getting women to sign up for her breast cancer registry.

With help from the already established Run for Her, the two women joined forces and launched the Research for Her clinical trial online registry.

Doctors suspect that women haven't signed up for clinical trails in the past because of a lack of information, or because of the difficult sign-up process. Previously, the registration process for clinical trials was cumbersome, done primarily in the doctor’s office and using pen and paper. &&#35;160;

“Women aren’t going to seek out a clinical trial when they have 19 other things to do, just to figure out if they qualify,” Sargent said.

But with Research for Her, the sign-up process is easy. It takes only about 10 minutes, can be done online and all medical information is confidential, according to Rimel. If a woman qualifies for a trial, a research coordinator will contact her personally with more information – though there is no obligation to participate.

“We want to make this simple,” Rimel said.

And they seem to be on to something. Since the program’s launch on March 18, Research for Her has succeeded in registering 160 women for clinical trials – a huge increase for the program.

Promising research
One exciting trial currently benefitting from the Research for Her registry seeks to pinpoint chemical markers in the blood that may act as early identifiers for ovarian cancer.

“We are trying to enroll women in the study (that are) already at risk for ovary cancer. The general population has a low risk, but for women with a high risk, we don’t know how best to screen them,” Rimel said.

Thanks to the registry, researchers have been able to connect with a larger pool of women eligible to participate in the trial.

“This registry has allowed us to find these women and contact them and get people in the studyâ€¦that we haven’t been able to fill before now,” Rimel said. &&#35;160;

Ultimately, Rimel and Deng hope to register 2,000 women through Research for Her by the end of the year. But in the long term, Rimel hopes that the program will be used nationwide to boost participation in clinical trials and further the progress of medical research.

“Right now, it’s a single institution, but we hope if this takes off that we can network with others to make it a real way to help people (get) in clinical trials,” Rimel said. “That is my dream for this.”

Sargent hopes that getting the word out about registry will help improve detection and treatment methods for women’s cancers – and save other women battling the disease that their mothers fought.

“There is so much to learn, especially as research is advancing,” Sargent said. “They need this information from women.”