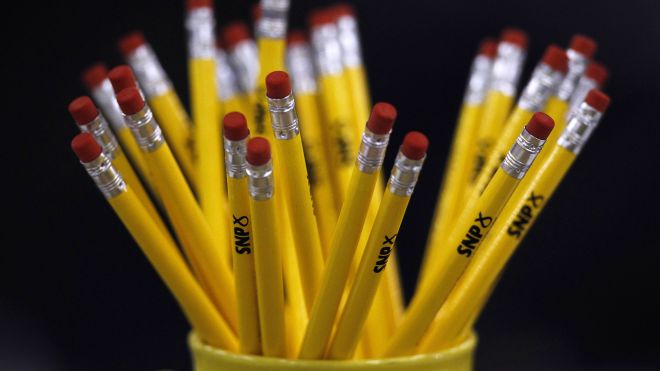 BERLIN &&#35;8211; & German doctors say a man spent 15 years with a pencil in his head following a childhood accident.

Aachen University Hospital says the 24-year-old man from Afghanistan sought help in 2011 after suffering for years from headaches, constant colds and worsening vision in one eye. A scan showed that a 10-centimeter (4-inch) pencil was lodged from his sinus to his pharynx and had injured his right eye socket.

The unnamed man said he didn't know how the pencil got there but recalled that he once fell badly as a child.

The German doctors removed the pencil and say the man has recovered.

Hospital spokesman Mathias Brandstaedter said Wednesday the case was presented for the first time at a medical conference this week.