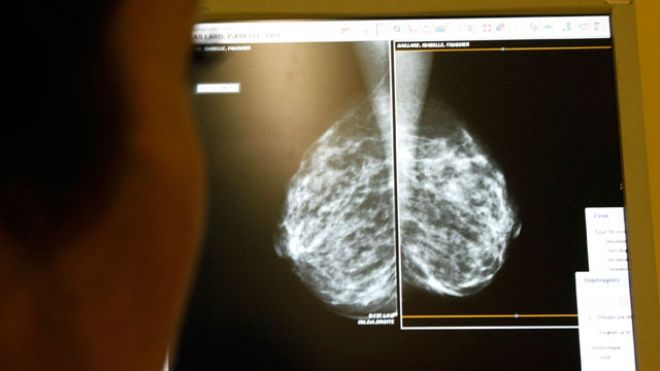 Breast cancer is less likely to recur if women previously treated for the disease take the drug tamoxifen for 10 years, instead of the recommended five years, according to a British study.

The study was a component of a larger international trial, for which similar results were announced last year.

“I think it's huge because it's the second trial to show a benefit for 10 years versus five years,” said Dr. Sandra Swain, medical director of the Cancer Institute at Washington Hospital Center and president of the American Society of Clinical Oncology, or ASCO. “It is important not only in the U.S., but for the world. It is a very inexpensive drug.”

Tamoxifen, available as a low-cost generic, has long been used for younger, premenopausal, women with early-stage breast cancer that responds to estrogen. Most start taking the estrogen-blocking drug immediately after completing their initial surgery or chemotherapy.

Around 70 percent of breast cancers are estrogen-receptor positive, meaning they are fueled by the hormone.

ASCO guidelines now call for women at increased risk of breast cancer to take tamoxifen for five years. For postmenopausal women, the guidelines say raloxifene, an estrogen receptor modulator sold by Eli Lilly under the brand name Evista, may also be considered.

The latest findings, presented at the annual ASCO meeting in Chicago this weekend, found that side effects increased with longer tamoxifen use, but concluded that overall benefits outweigh those risks.

Researchers estimated that, compared with taking no tamoxifen, 10 years of the drug reduces breast cancer death rates by a third in the first 10 years and by half after that.

“Until now, there have been doubts whether continuing tamoxifen beyond five years is worthwhile,” said lead study author Richard Gray, professor of medical statistics at the University of Oxford.

Between 1991 and 2005, 6,953 women in the United Kingdom who had been taking tamoxifen for five years were randomly assigned to continue treatment or to stop immediately.

Breast cancer recurred in 16.7 percent of the 10-year group, compared with 19.3 percent in the five-year group.

In the United States, postmenopausal women at high risk of breast cancer are usually offered drugs in a newer class known as aromatase inhibitors, such as Arimidex, sold by AstraZeneca.

“For premenopausal women the standard of care will likely include 10 years of tamoxifen,” Dr. Adams said. “For women who enter menopause during that period, AIs are still an option. Tamoxifen will also be an option.”

Rare but serious side effects of tamoxifen include increased risk of endometrial cancer (cancer of the lining of the uterus), blood clots and stroke.

The British researchers said they observed no excess incidence of stroke with 10 years of tamoxifen therapy, although the endometrial cancer risk was higher. They estimated that for every endometrial cancer death that occurs as a side effect of long-term tamoxifen, 30 deaths from breast cancer would be prevented.