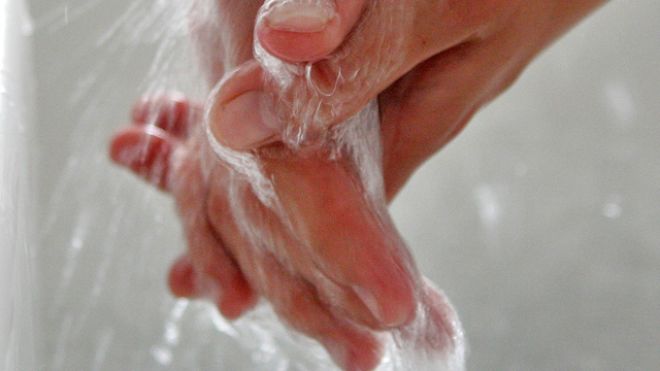 Many hospitals are now utilizing motion sensors, hand-washing coaches and video cameras in their facilities to monitor whether nurses and doctors are washing their hands, the New York Times reported.

Hand-washing, or basic hand hygiene, is essential in the hospital industry, especially in the wake of a recent report from &&#35;160;the Centers for Disease Control and Prevention (CDC) indicating that drug-resistant superbugs are on the rise. Infections acquired in hospitals cost &#36;30 billion a year and lead to approximately 100,000 patient deaths annually.

As a result, hospitals are going to great lengths to ensure proper hand-washing and sanitation.

In a study published in the journal Clinical Infectious Diseases, North Shore University Hospital in Long Island, N.Y., installed motion sensors designed to power on whenever someone entered an intensive care room in the hospital. The sensors activated a video camera, which transmitted images to workers in India who monitored whether nurses and doctors washed their hands.

In order to receive a passing score, workers needed to wash their hands within 10 seconds of entering a patient’s room; the quality of the washing was not monitored. Only people who remained in the room for at least 60 seconds were tracked.

The sensors were developed by a company called Arrowsight, which initially used this motion sensor technology to ensure sanitary conditions in the meat industry.

Initially, hospital employees were not notified they were being monitored. During the first 16-week trial period, employees washed their hands at a rate of less than 10 percent, the study revealed. However, once employees started receiving reports about their behavior, hand washing rates rose to 88 percent.

The hospital still uses the system, but only in the intensive care unit due to high costs.

Other hospitals throughout the country are employing hand-washing coaches, as well as offering rewards like free pizza and coupons for employees who use proper hygiene. &&#35;160;Some are also administering penalties when employees fail to comply with hygiene standards. Others are using radio-frequency ID chips that activate whenever a doctor passes a sink, and some hospitals are even using undercover hand-washing “monitors” who police whether or not doctors are washing their hands for the recommended 15 seconds.

“This is not a quick fix; this is a war,” Dr. Bruce Farber, chief of infectious disease at North Shore, told the New York Times.

Some doctors and hospital employees, who may neglect to wash their hands due to factors like stress, forgetfulness or hand dryness, have resisted the new technology.

Elaine Larson, a professor in Columbia University’s school of nursing who studies hand-washing, supports the electronic systems being developed. &&#35;160;However, she says none are perfect yet. “People learn to game the system,” she told the New York Times. “There was one system where the monitoring was waist high, and they learned to crawl under that. Or there are people who will swipe their badges and turn on the water, but not wash their hands. It’s just amazing.”