Home » Angelina Jolie’s surgery: What you need to know about breast reconstruction 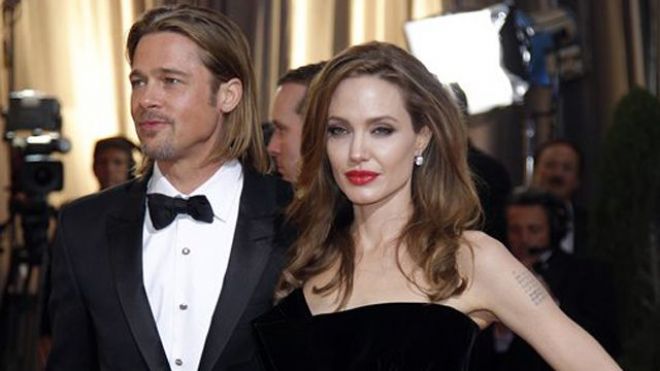 As more women are learning about the heroic steps that Angelina Jolie took when she decided to undergo a prophylactic mastectomy, I’ve received many questions regarding the surgical techniques used in these reconstructions and how they have improved. We spoke to leading reconstructive surgeon Dr. Richard Winters, vice chairman of plastic and reconstructive surgery at Hackensack University Medical Center in New Jersey, about the latest techniques.

Once a woman decides to have this surgery, what are her options?
“When a woman decides she is having a prophylactic mastectomy, the first consideration is whether she will keep her own nipple or not. Will it be ‘nipple sparing’ or ‘skin sparing’ surgery? Angelina Jolie had ‘nipple sparing’ surgery. Nipple sparing is simply that – you leave the nipple. &&#35;160;If a woman comes in who has breast cancer, it is not conventional to ever leave the nipple behind. In a prophylactic surgery, if a woman is going to keep the nipple, depending on the size or shape of breast, you have to decide where the incision will be made – the underside of the nipple or under the breast.”

Angelina Jolie said she had a ‘nipple delay.’ What is that?
“If the incision is around the nipple, you can do a preliminary procedure called a ‘nipple delay,’ where you make the incision, lift the nipple, and divide the blood vessels that supply it from within the breast. This allows you to redirect blood supply from surrounding skin to the nipple tissues so the nipple is more robust. &&#35;160;You also take a biopsy to make sure there aren’t any surprises – any breast tissue that has the potential to form breast cancer. You get a little black and blue, and it can also take away some sensitivity. It doesn’t mean it will be without sensation, but it might feel different.”

What’s the next decision women need to consider?
“With prophylactic surgery, you virtually always do an immediate reconstruction. Then, you have to decide on a technique. The first is the reconstruction, which involves an implant. The other type involves only autologous tissue – your own tissue. Then, there’s a type that I use very commonly, which bridges the two; it involves both the implant and your own tissue.”

What’s involved in an implant surgery?
“There are two different reconstructions that involve implants – one is done right away in one stage, and the other is several stages. It’s unusual to be able to do a one-stage implant. Unless the woman wants (a small breast), you need to stage it and expand underlying tissue to accept a larger implant.

“Angelina Jolie had a staged reconstruction with a tissue expander, which is a temporary device that goes in under the chest wall muscles and gets partially expanded at the time of mastectomy. Then over a period of time in the office as an outpatient, you can access a port and slowly expand the overlying skin. Then, she goes back for the second stage, (doctors) re-open the same incision, take out the expander and put in a permanent breast implant. This can take anywhere from six to 12 weeks.

“The advantages are: This is straightforward and simple. It doesn’t involve making separate incisions or taking tissue from anywhere else in the body. For women who like the fullness they get from an implant – which is not what a natural breast looks like – and want a straightforward operation, it’s a great choice. Some disadvantages are that the implant will need to be changed over time, and it has a very small chance of getting infected or could form scar tissue.”

What about the other options?
“On the other end, (there) are autologous tissue reconstructions. This requires bigger surgeries, but gives you a more natural looking breast if that’s what you want. We remove the tissue from where it lies, like in the abdomen, hip or thigh. We take it with its own blood supply, an artery and a vein. Then we transplant it to a chest so it can live as a breast, connected to a new artery and vein in the chest. It’s complicated but has achieved widespread use, and lots of places are doing them well. But it is a bigger operation with potential for bigger complications.

“There are also autologous surgeries where you take the tummy tissue and bring it up to the chest, but leave it attached to blood supply. So the blood supply comes from a vein from within the abdominal muscle. That is an easier procedure but has some disadvantages, because it results in abdominal wall weakness.

“Another type is to take a muscle from the back – the latissimius dorsi. You can take back fat with muscle, so sometimes that’s enough to make a breast without an implant.”

Is there a procedure that involves both options?
“The most common operation that I offer women is to take the latissimus muscle and put an implant in immediately. The reason I like that is although it involves an additional donor site, it’s in the same quadrant (of the body) as the mastectomy. Complication rates are extraordinarily low, and it gives you a breast right away; (there’s) no tissue expansion, and they come out beautifully. This requires one to two days most in the hospital and a relatively quick recovery with low chance of complications.”