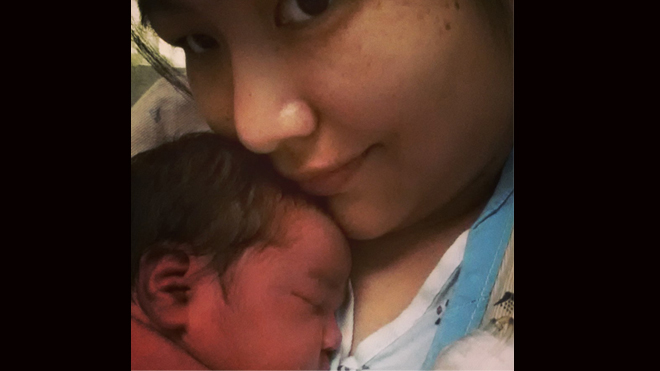 An aspiring half-marathon runner in Minnesota whose two-hour training session left her with a sore back was stunned to discover that the pain was not due to a pulled muscle or a slipped disc but that she was about to give birth.

Trish Staine says she had no idea she was pregnant. The 33-year-old Duluth mother of three insists she gained no weight, felt no fetal movement - and that her husband has had a vasectomy.

Staine says she noticed what she now realizes were labor pains after her run at noon on Sunday but she didn't go to the hospital until the following day. She gave birth to Mira - short for Miracle - at 3:25 p.m. Monday.