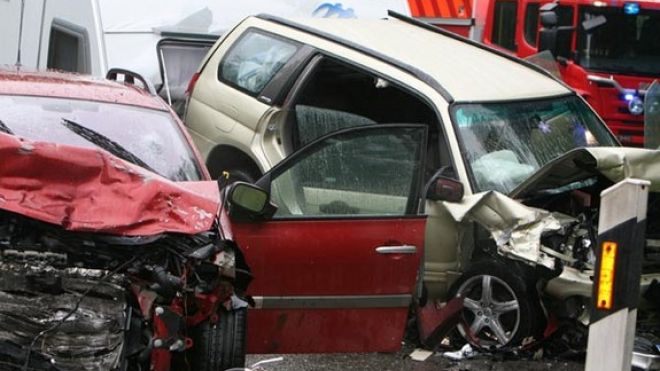 Too little sleep increases the risk of car crashes for young drivers, a new study confirms.

In the study, drivers ages 17 to 24 who reported sleeping six or fewer hours per night were about 20 percent more likely to be involved in a car crash over a two-year period, compared with those who slept more than six hours a night.

Car crashes among the sleep-deprived were more likely to occur between 8 p.m. and 6 a.m. than at other hours.

The findings held even after the researchers took into account factors that affect people's risk of a car crash, such as age, the number of driving hours per week, risky driving behavior such as speeding and a history of car crashes.

Sleep deprivation is known to be a risk factor for car crashes it's estimated that drowsy driving is responsible for 20 percent of all car crashes in the United States, the researchers say. However, most studies to date have not focused on young people.

Young drivers should be a focus of education efforts to prevent drowsy driving “because this group experiences more impairment in alertness, mood and physical performance compared with older age groups with similar sleep deprivation,” the researchers said.

The new study involved more than 19,000 young, newly licensed drivers living in New South Wales, Australia, who answered questions about their sleep habits, including how many hours they slept on weeknights and weekends. Researchers then tracked the participants for two years, and obtained police reports to document car crashes.

The new findings “may help increase awareness of the impact of reduced sleep hours on crash risk and highlight subgroups of young drivers and times of day for targeted intervention,” the researchers write in the May 20 issue of the journal JAMA Pediatrics.

The researchers noted that participants were only asked about their sleep habits once during the study, and the exact number of hours participants slept on the day before they were involved in a crash is not known.