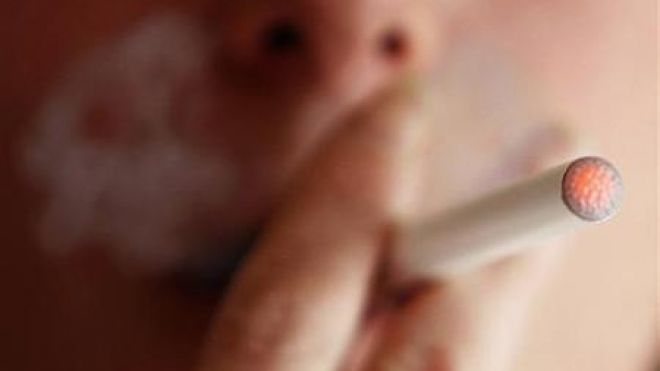 Amid mounting global concern over the public health implications of so-called e-cigarettes, Touraine said they faced the same fate as traditional ones: a ban on smoking in public spaces and sales to minors and a blackout on media advertising.

In a country where the pungent waft of Gaulloises and Gitanes once seemed an unassailable part of cafe culture, smokers have long been banished to outdoor terrace seats.

A government-commissioned report said this week that around 500,000 people in France had turned to e-cigarettes, which are designed to look like cigarettes although some come in different colors, and recommended a crackdown on public use.

Health officials in many countries say the impact of electronic cigarettes on health needs further study.

Another worry they cite is that the electronic alternative will increase the general temptation to smoke, including enticing those who have quit to start again, or that smokers may use them alongside rather than instead of regular cigarettes.

“This is no ordinary product because it encourages mimicking and could promote taking up smoking,” said Touraine, who announced her plans at a news conference.

In the United States, the number of smokers who have tried out e-cigarettes doubled to one in five in 2011 and the number of all adults trying it doubled too, to 6 percent, according to the U.S. Centers for Disease Control and Prevention.

In France, a country of 66 million, the government says tobacco smoking kills some 66,000 people a year and another 5,000 are killed through passive exposure to smoke.

The expert in charge of the French report advised against an outright ban on e-cigarettes, however, saying they still seemed safer than tar-laden tobacco.

Electronic cigarettes, whose invention is widely credited to a Chinese pharmacist a decade ago, usually comprise disposable cartridges of liquid such as propylene glycol that is easily turned to vapor and can contain artificial flavors alongside concentrated liquid nicotine.