Home » Brain capable of making its own version of Valium, researchers find 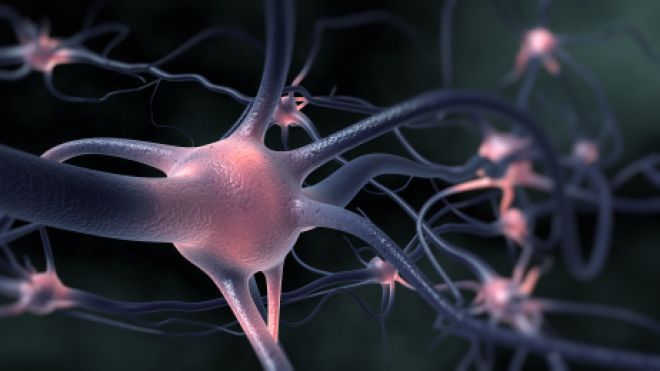 The oral drug Valium – also known by its generic name, diazepam – was once popular with doctors in the 1970s as a treatment for seizures brought on by epilepsy. &&#35;160;However, the drug, also used to treat anxiety, has fallen out of favor in recent years as it is prone to abuse and often dangerous if taken in high doses.

Now, in light of a recent study, the need for Valium to treat epilepsy may be even further diminished. &&#35;160;Researchers from Stanford University School of Medicine have discovered a naturally occurring protein in the brains of mammals that acts like Valium, stopping certain types of seizures from occurring. Researchers hope that if they are able to discover a way to boost this protein naturally, doctors would no longer have a need to prescribe Valium.

The protein, identified as diazepam binding inhibitor (DBI), essentially acts like the brain’s very own brake system, sensing when a seizure is about to occur and arresting the process before it can spiral out of control.

“Our thinking on brain circuits and epilepsy has been that our brains have their own ways to control seizures, and this is why most of us aren’t having seizures every day,” study author John Huguenard, professor of neurology and neurological sciences at Stanford, told FoxNews.com. &&#35;160;“But what happens as a seizure starts, a few cells in the brain may get too active, and you get an avalanche of activity that eventually can take up most of the brain circuitry. &&#35;160;The brain’s own ‘Valium’ is acting as an anti-avalanche method, checking things when they’re first starting.”

According to Huguenard, the brain has two main groups of nerve cells. &&#35;160;The first type of cells – excitatory cells – are responsible for stimulating other cells and sending messages from one area of the brain to another. &&#35;160;&&#35;160;This messaging process, known as excitation, is responsible for communicating what we see, what we smell, what we do, etc.

The other key type of cells are known as inhibitory cells, which are responsible for keeping the brain circuitry under control. &&#35;160;If one area of the brain gets too excited and starts to receive too many signals at once, the inhibitory cells kick into gear and slow the process in order to restore balance.

“In terms of this form of epilepsy we’ve been studying, if a certain group of brain cells can’t communicate well through this inhibitory process, then (the animals) have seizures,” Huguenard said.

The protein DBI is a crucial component of the inhibitory process, as it boosts the actions of an important neurotransmitter called gamma-aminobutyric acid (GABA). &&#35;160;Roughly one-fifth of the inhibitory nerve cells in the brain operate by secreting GABA, which binds to receptors located on excitatory cells, rendering them temporarily unable to fire any more electrical signals. &&#35;160;

Without DBI, GABA cannot be enhanced, and the excitatory cells ultimately don’t get the message telling them to calm down. &&#35;160;However, up until now, this function of DBI was not well understood by researchers.

To determine exactly how DBI operates in the brains of mammals, Huguenard and his team analyzed a group of bioengineered mice with the DBI gene mutation, meaning their brains were incapable of producing DBI.

“When we tested seizures in these animals and tested communication, we found that (the inhibitory process) was ineffective and that the animals had more seizures,” Huguenard said. &&#35;160;“It told us that this gene is producing a product in the brain that is controlling the seizures.”

When they re-introduced the DBI-gene back into the brains of these mice, GABA-induced inhibition was restored and the mice suffered from fewer seizures.

Benzodiazepine drugs, like Valium, work in a very similar way to DBI by also enhancing GABA-induced inhibition. But they often come at a high cost. &&#35;160;Many who take these medications long-term develop a physical dependence on the drug, experiencing serious withdrawal symptoms if they cease taking it. &&#35;160;Some studies have also found Valium to have an adverse effect on both short-term and long-term cognition.

While the researchers only examined the brains of mice, they are optimistic DBI exists similarly in the brains of humans as well. &&#35;160;&&#35;160;If the results end up translating to the human mind, Huguenard hopes to find a way to naturally boost DBI in the brain, negating the need for Valium to help control seizures.

“The ultimate goal would be to develop new lines of therapy that would take this general approach – taking the brain’s mechanism for dealing with seizures and making them even more effective,” Huguenard said.

The research was published May 30 in the journal Neuron.