Home » 15 ways to cancer-proof your life 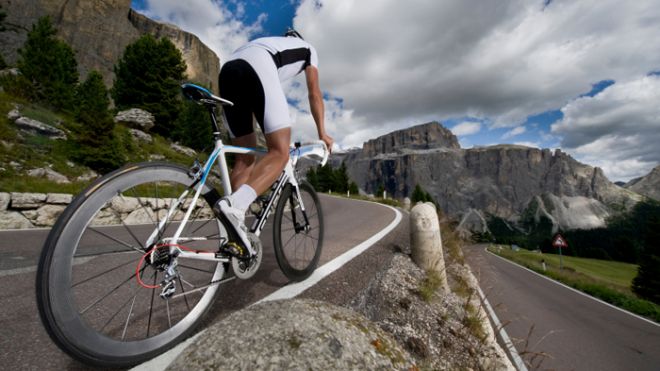 We're all grown-ups here—nightmares aren't a big problem anymore. We're calm, we're cool, we're mostly collected...until it comes to the C-word. For adults, cancer is the thing that goes bump in the night; that bump gets louder when family or friends are diagnosed. Whether your risk is monumental or blessedly average, we know you want to protect yourself. So we've combed through research, interrogated experts, and found cutting-edge strategies to help keep you safe.

Worship a wee bit of sun

People who get the most vitamin D, which lies dormant in skin until ultraviolet rays activate it, may protect themselves from a variety of cancers, including non-Hodgkin's lymphoma, breast, and colon. Ironically, it even improves survival rates of melanoma, the most serious skin cancer. But 10 to 15 minutes a few days a week is all it takes to benefit. If you're out any longer than that, slather on the sunscreen (Are you applying enough? We’ve got the recommended amount for every body part, here.) If you go the supplement route, aim for 400 IU of vitamin D a day.

Eat an orange every day

It just may zap a strain of the H. pylori bacteria that causes peptic ulcers and can lead to stomach cancer. Researchers in San Francisco found that infected people with high levels of vitamin C in their blood were less likely to test positive for the cancer-causing strain. (Bonus: research shows a scent of citrus can reduce stress.)

Though colonoscopies are about as popular as root canals, if you're 50 or older, get one. Colorectal cancer is the second leading cause of cancer death in the United States. Don't think you're off the hook because you got a digital fecal occult blood test at your last checkup: Research by the Veterans Affairs Cooperative Study found that the test missed 95 percent of the cases. Schedule your first colonoscopy before your 50th if you have a family history of colon cancer.

Piles of studies have shown that piles of broccoli help stave off ovarian, stomach, lung, bladder, and colorectal cancers. And steaming it for three to four minutes enhances the power of the cancer-fighting compound sulforaphane, which has been shown to halt the growth of breast cancer cells. (Sorry, microwaving doesn't do the trick; it strips out most antioxidants.) Get more protection by sprinkling a handful of selenium-rich sunflower seeds, nuts, or mushrooms on your greens. Researchers are discovering that sulforaphane is about 13 times more potent when combined with the mineral selenium.

Pick a doc with a past

Experience—lots of it—is critical when it comes to accurately reading mammograms. A study from the University of California, San Francisco, found that doctors with at least 25 years' experience were more accurate at interpreting images and less likely to give false positives. Ask about your radiologist's track record. If she is freshly minted or doesn't check a high volume of mammograms, get a second read from someone with more mileage.

Drink jolt-less java. Downing two or more cups of decaf a day may lower the incidence of rectal cancer by 52 percent, finds a study from two large and long-term research projects—the Nurses' Health Study and the Health Professionals Follow-Up Study from Harvard University. One theory is that coffee increases bowel movements, which helps to reduce the risk. Why decaf reigns supreme, however, remains a mystery.

Being overweight or obese accounts for 20 percent of all cancer deaths among women and 14 percent among men, notes the American Cancer Society. (You're overweight if your body mass index is between 25 and 29.9; you're obese if it's 30 or more.) Plus, losing excess pounds reduces the body's production of female hormones, which may protect against breast, endometrial, and ovarian cancers. Even if you're not technically overweight, gaining just 10 pounds after the age of 30 increases your risk of developing breast, pancreatic, and cervical, among other cancers.

Or a bunny. Women who ate four to six antioxidant-laden bananas a week cut their risk of kidney cancer by 54 percent, compared with those who didn't eat them at all, found an analysis of 61,000 women at the Karolinska Institutet in Sweden. Gnawing on root vegetables such as carrots had the same benefit.

Get naked with a friend

You'll need help examining every inch of your body—including your back, scalp, and other hard-to-see places—for possible changes in the size or color of moles, blemishes, and freckles. These marks could spell skin cancer. Women, take special note of your legs: Melanoma mainly occurs there. For the guys, the trunk, head, and neck are the most diagnosed spots.

While you're at it, check your fingernails and toenails, too. Gray-black discoloration or a distorted or elevated nail may indicate the disease. And whether you see changes or not, after age 40, everyone should see a dermatologist yearly. (Find out 7 more things your nails can say about your health.)

See into the future

Go to Your Disease Risk to assess your chance of developing 12 types of cancer, including ovarian, breast, and colon. After the interactive tool estimates your risk, you'll get personalized tips for prevention.

If you're experiencing a bloated belly, pelvic pain, and an urgent need to urinate, see your doc. These symptoms may signal ovarian cancer, particularly if they're severe and frequent. Women and physicians often ignore these symptoms, and that's the very reason that this disease can be deadly. When caught early, before cancer has spread outside the ovary, the relative five-year survival rate for ovarian cancer is a jaw-dropping 90 to 95 percent.

Milk's main claim to fame may also help protect your colon. Those who took calcium faithfully for four years had a 36 percent reduction in the development of new pre-cancerous colon polyps five years after the study had ended, revealed Dartmouth Medical School researchers. (They tracked 822 people who took either 1,200 mg of calcium every day or a placebo.) Though the study was not on milk itself, you can get the same amount of calcium in three 8-ounce glasses of fat-free milk, along with an 8-ounce serving of yogurt or a 2- to 3-ounce serving of low-fat cheese daily.

One of the best anticancer potions is a half hour of motion at least five days a week. Any kind of physical activity modulates levels of androgens and estrogen, two things that can protect women against estrogen-driven cancers such as ovarian and endometrial, as well as some types of breast cancer. The latest proof comes by way of a Canadian study that found that women who get regular, moderate exercise may lower their risk of ovarian cancer by as much as 30 percent. Bonus: All that moving might speed everything through your colon, which may help stave off colon cancer. (Trouble carving out 30 minutes a day? Be ready for a fitness opportunity at a moment’s notice by keeping a perfectly packed gym bag in your car at all times.)

Stamp out smoking—all around you

Lung cancer is well known as one of the main hazards of smoking. But everything the smoke passes on its way to the lungs can also turn cancerous: mouth, larynx, and esophagus. The fun doesn't stop there. Smokers are encouraging stomach, liver, prostate, colorectal, cervical, and breast cancers as well. The good news: If you give up the cigs today, within 15 years, your lung cancer risk will drop to almost pre-smoking lows. Share that news with the people who puff around you, because exposure to someone else's smoke can cause lung cancer, and it may boost your chances of cervical cancer by 40 percent.

Step away from the white bread

If you eat a lot of things with a high glycemic load—a measurement of how quickly food raises your blood sugar—you may run a higher risk of colorectal cancer than women who eat low-glycemic-load foods, finds a Harvard Medical School study involving 38,000 women. The problem eats are mostly white: white bread, pasta, potatoes, and sugary pastries. The low-glycemic-load stuff comes with fiber.