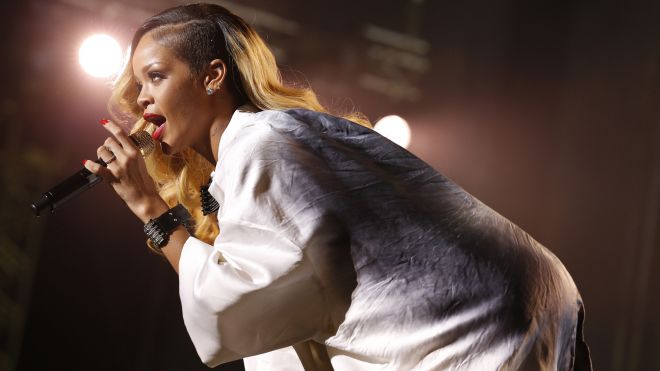 A Harlem woman is claiming she contracted herpes from a sample of RiRi Woo lipstick she tested at a Rihanna concert in Brooklyn on May 7, Medical Daily reported.

Starkeema Greenidge, 28, has filed a lawsuit in Manhattan Supreme Court against MAC Cosmetics, which manufactures the product. &&#35;160;According to Greenidge, she visited a pop-up shop at the singer’s Barclay’s Center show, where a Mac Cosmetics representative applied the RiRi Woo lipstick to Greenidge’s lips.

Caused by the herpes simplex virus, herpes is a common sexually transmitted disease (STD) that affects 16.2 percent of Americans, or one out of every six people, between the ages of 14 and 49, according to the Centers for Disease Control and Prevention. &&#35;160;The disease is often contracted through sex, but it can also be transmitted through touching and kissing while an infected individual has a herpes “flare up.”

Greenidge said in the suit that the MAC Cosmetics representative failed to warn her that the lipstick had been used by other concert attendees. &&#35;160;When Greenidge developed a cold sore two days later, she went to the doctor, where she was diagnosed with herpes.

According to the lawsuit, Greenidge has suffered mental anguish and distress after contracting the STD, Medical Daily reported.

A spokesperson for MAC Cosmetics issued a statement to the Daily Beast on Thursday about the incident: “Consumer safety is a top priority at MAC Cosmetics, and we take these matters very seriously. We are closely reviewing these claims.”