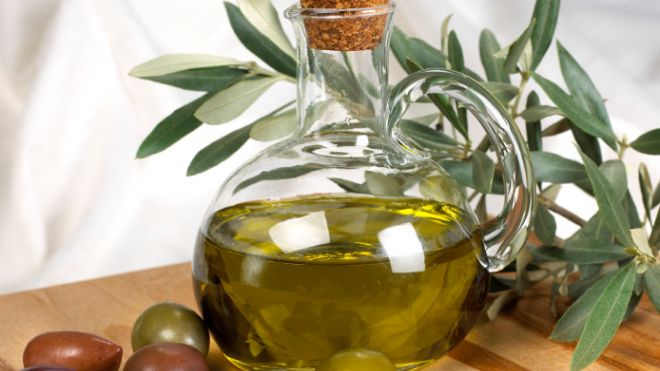 After being diagnosed with prostate cancer, men who eat a diet high in vegetable fats, such as those in nuts and olive oil, may be less likely to have their disease spread, a new study suggests.

Researchers found that replacing some carbohydrates with those healthy fats was also tied to a lower risk of dying from any cause during the study. But the opposite was true for saturated and trans fats often found in meat and processed foods.

“A lot of doctors will simply say, ‘Cut out fat,'” after a prostate cancer diagnosis, said Dr. Stephen Freedland, a urologist at Duke University Medical Center in Durham, North Carolina.

But this study challenges that advice, said Freedland, who wrote a commentary on the findings.

“It actually says, if you eat more fat, albeit the right kind of fat,â€¦ you're less likely to die of not only prostate cancer, but really of any cause, which really flies in the face of this ‘low-fat, low-fat, low-fat' mantra that we've been told for decades now,” he said.

Researchers tracked 4,577 men who were diagnosed with localized prostate cancer during a large study of health workers beginning in 1986. Those men filled out questionnaires every four years on how often they ate or drank about 130 different types of foods and beverages.

Over the next eight to nine years, 315 men developed lethal prostate cancer - cancer that spread to other parts of the body or killed them - and 1,064 died from any cause.

Men who reported getting the highest proportion of their daily calories from vegetable fat - more than 21 percent - after their diagnosis were about one-third less likely to die during the study than those who ate the least vegetable fat. And they had a borderline lower risk of developing lethal cancer.

On the other hand, men who ate a similar amount of animal fat tended to be more likely to die during follow up, from prostate cancer or anything else, than those who skimped on animal meat.

Erin Richman of the University of California, San Francisco, and her colleagues found that switching 10 percent of daily calories from carbohydrates to vegetable fat was linked to a 29 percent lower risk of lethal prostate cancer and a 26 percent lower chance of dying from any cause.

But replacing 5 percent of those calories with saturated fat, or just 1 percent with trans fat, was tied to a 25 to 30 percent higher risk of death during the study period, according to findings published Monday in JAMA Internal Medicine.

“The benefit was really when you were replacing refined carbohydrates with (things like) olive oil and nuts,” Richman said.

She said vegetable fats contain antioxidants and may reduce inflammation in the body, thereby making it harder for cancer to spread.

The American Cancer Society estimates about one in six U.S. men will be diagnosed with prostate cancer during his lifetime, and one in 36 will die of the disease.

Because how animals are fed and how meats are cooked may both affect cancer risks associated with eating animal fats, Freedland said, “It becomes difficult to say, ‘Animals are bad; vegetables are good.' It's not that simple.”

He recommends that men with prostate cancer cut out simple sugars and processed foods, as that is one of the easiest ways to get to a healthy weight. But not all fat should go.

“I think there's enough established benefit that you're not going to do any harm by adding nuts or olive oil,” she said.