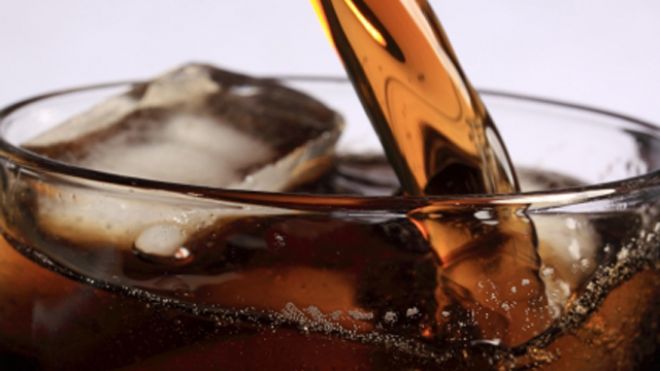 Adults who drink at least one sugar-sweetened drink a day are slightly more likely to develop kidney stones than people who rarely imbibe them, according to a new study.

While the recommendation for kidney stone prevention has been to drink a lot of fluids, the study suggests that it's not just the amount of fluid but the type of drink that also matters.

While the recommendation has been to drink plenty of fluids, Curhan said, patients often ask, “what should I drink? There's a lot of lore out there.”

To see whether the type of beverage might matter, Curhan, of the Channing Division of Network Medicine at Brigham and Women's Hospital, and his colleagues collected data from three massive surveys of nearly 200,000 people.

The questionnaires surveyed participants every two to four years and asked about diet, lifestyle and health, including how much they drank certain beverages and whether they developed kidney stones.

None of the people in the study had kidney stones at the start.

After accounting for other factors, that translated to a 33 percent greater chance of developing kidney stones.

Curhan said that while the numbers of people developing kidney stones in each group are not enormously different, the increased risk spread across an entire population is quite big.

“Sodas are so commonly used that even though the absolute rate doesn't look that different, if there's a huge number of people consuming it, then the magnitude on the public health can be quite substantial,” Curhan told Reuters Health.

Other drinks, such as coffee, tea, wine, beer and orange juice were tied to a lower risk of developing kidney stones.

Curhan's study, published in the Clinical Journal of the American Society of Nephrology, follows others showing a link between stones and fructose, non-dairy calcium, vitamin C supplements and other factors.

The new study doesn't prove cause-and-effect between certain drinks and kidney stones, but it's possible that sugar could be involved, Curhan said, because it might play a role in how the body handles calcium.

Another possibility is that sugary drinks might be contributing to obesity, and obesity is also tied to a higher kidney stone risk, said Dr. Elaine Worcester, a professor at the University of Chicago, who was not part of the study.

Despite the lack of proof of a cause-effect relationship, Worcester said “these kinds of studies are the best we have to give advice to our patients.”