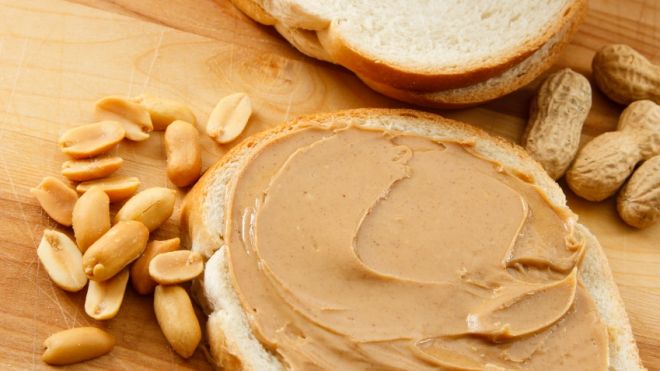 The eastern New Mexico peanut butter plant shuttered eight months ago after a salmonella outbreak is back in production, and company officials say their coveted natural and organic butters could be back on store shelves within a month.

Sunland Inc. Vice President Katalin Coburn says the company last week got the go-ahead from the Food and Drug Administration to restart peanut butter operations at its factory in Portales. It is currently in a test phase of production, she said.

“The restart of the plant is not as simple as turning on a switch,” Coburn said Thursday. “Hopefully we will be back in full production in the next few days.”

The Food and Drug Administration shut the plant in late September after its products were linked to 41 cases in 20 states. Most of those were linked to natural peanut butter the company made for Trader Joe's.

The company processes Valencia peanuts, a sweet variety of peanut that is unique to the region and preferred for natural butters because it is flavorful without additives. It makes peanut butter under a number of different labels for retailers like Costco, Kroger and Trader Joe's. It also makes nut butter products under its own name.

When the FDA shuttered the plant, it was the first time it used new authority granted under a 2011 food safety law to shut food operations without a court hearing. Many in the conservative farm town of Portales denounced the FDA's tactics as unfair and unnecessarily heavy-handed.

Coburn said consumers and retail partners alike have been supportive throughout the shutdown.

“Obviously they were as frustrated as we were with the length of time,” she said. “They were saying, `We want Valencia. We want you guys. We want organic. So hurry up.'”