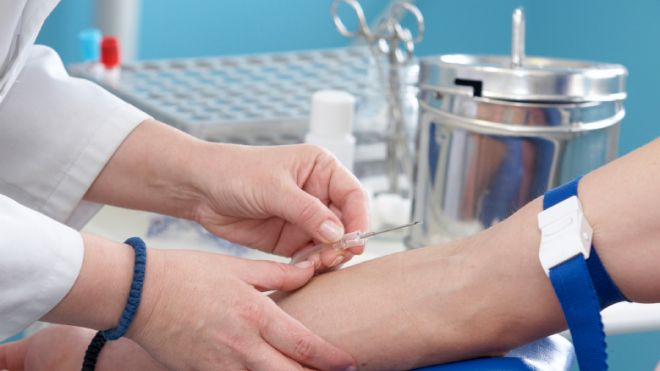 With Memorial Day weekend approaching, blood centers across the country will likely experience a dip in donations, as they do every year during summer months and around holidays.

As part of an effort to increase blood donations both in the United States and in countries where blood shortages are much more severe and often deadly, a group of researchers is encouraging the World Health Organization (WHO) and other blood collection agencies to reconsider stances opposing gift or monetary incentives for blood donation. &&#35;160;

Blood donation guidelines were originally developed 40 years ago, based on evidence suggesting that offering incentives for blood donation would have a detrimental effect on the frequency and quality of donated blood. &&#35;160;

“The concern is that economic incentives for altruistic activities would undermine intrinsic motivation to perform activities like giving blood,” Macis said. “Also, that monetary incentives would induce people who are in poor health to donate (contaminated blood).”

In a paper published in Science, Macis and his co-authors argued that those concerns are based on old evidence from uncontrolled studies, random samples and artificial scenarios relying on hypothetical questions.

According to new research conducted by Macis and his colleagues, real-world incentive programs have actually proven to increase blood donations with no significant effect on the percentage of tainted blood received.

Macis pointed out that the gift cards were publicized as tokens of thanks – not payments – for donating.

“It’s not cash for blood,” Macis said. “They are presented as rewards or gifts, which we think has a big effect on the resulting behaviorâ€¦People like to be recognized for their generosity.”

Furthermore, gift cards were distributed to all participants upon arrival – before the screening or donation process began. Researchers believe this prevented people with blood-contaminating health issues from concealing their health concerns during the screening process in order to claim their reward.

“You present to donate, you get your reward. So you have no incentive to misrepresent your health history,” Macis said.

When blood drive locations advertised &#36;5 gift cards, it increased the likelihood of giving blood among people with a history of donating by 26 percent. When sites offered a &#36;10 gift card, that number increased by 52 percent, and an even bigger rise was seen when a &#36;15 gift card was offered.

Beyond that, donors that received gift cards would often encourage other people – including those with no history of giving blood – to donate as well. &&#35;160;

“The findings make us conclude that one-time rewards can be used to smooth donations over time – increasing the donations at times or in places where they are scarce,” Macis said.

Research suggests that a similar benefit could be seen by implementing these rewards systems in developing or middle-income countries.

“We did a study in Argentinaâ€¦and found a positive effect of incentives,” Macis said, adding that offering incentives increased the number of donors - without significantly increasing the amount of tainted blood collected.&&#35;160;

Macis acknowledged that numerous ethical debates surround medical incentive programs such as these.

“While we are having an ethical debate we should look at evidence as well, and recent evidence points to a positive effect of incentives,” Macis said.