Home » Dr. Manny: FDA loss of control on Plan B not surprising 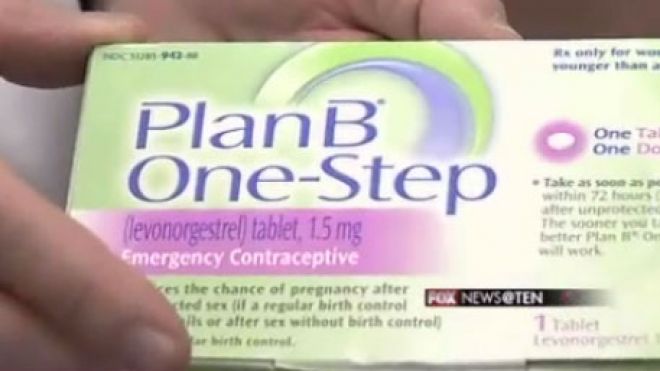 I told you so - the government is bamboozling us about Plan B. The Obama administration announced on Monday that it will now allow girls and women of all ages to purchase the Plan B pill without a prescription. This is exactly what I have been warning the American public about.

I am now totally convinced that our current federal government loves confusion. When you have a single agenda, and many ways to spin it, the American public never gets a clear answer and that is exactly what has happened with the Plan B emergency contraception controversy.

Just last week, a U.S. appeals court ruled that the U.S. Food and Drug Administration (FDA) must make only certain forms of the emergency contraception pill available to children of all ages, without a prescription.&&#35;160;

In a confusing ruling, the court stated that while the two-pill version of emergency contraception could be sold over-the-counter to women of all ages, the one-pill version would still only be sold to women age 17 or older. The court did not explain its reasoning.

One has to remember that the FDA first approved this form of over-the-counter contraception for women of all ages back in 2011. When that initial FDA ruling came out, there was a loud public outcry and restrictions were quickly put in place barring women under the age of 17 from purchasing these pills.

But of course, that was just one spin on the story. In April, a New York judge ruled that restricting access to Plan B was inappropriate, forcing the FDA to reconsider their initial finding that emergency contraception should be available to children of all ages.

And then, we got another spin on the story, as the FDA tried to lower the age limit for access to emergency contraception to 15 last month. There was another outcry and more criticism, because we know perfectly well that a 15-year-old may not have a clear understanding of how to utilize emergency contraception.

Now, we see that the FDA will get to do what they wanted to do in the first place. How convenient.

So, what’s the message here? The polarizing health care agenda of this federal government is like a train without a stop and parents need to be aware of this.

As I have said before, this is a medication. Yes, I know that it is safe – but it does have side effects. Side effects to Plan B can include, but are not limited to: migraines, high cholesterol, high blood pressure and blood clots.

If this drug is available to young children, it might lead to problems including the misuse of the medication and the risk that children will utilize this as a regular form of contraception.

Furthermore, it will exclude parents from the decision-making process. And in my opinion, parents can be very valuable in counseling children about proper behavior and doing the right thing.

This is taking parents and caregivers out of the equation and inhibiting their ability to help their children live a healthy and happy life. America, we are being bamboozled. Wake up and pay attention.