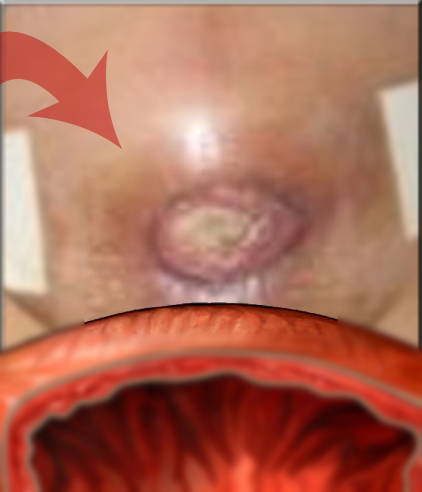 Currently they are conducting research on bladder cancer in many hospitals, medical centers and other institutions worldwide.

Scientists have learned much about how cancer cells differ from normal cells. Found changes in the DNA of bladder cancers. Now working to discover if the tests that identify DNA changes are useful in detecting bladder cancer returning after treatment. Other studies are intended to determine whether these tests can help predict the course of disease. This information may be helpful in selecting treatments.

Several recent urine tests to detect substances in the urine that may indicate that a person has bladder cancer. These tests are also used to see if the cancer has come back in people who have already been treated. Currently, researchers analyzed whether these tests may be useful for detecting early bladder cancer in people without symptoms.

People who have had bladder cancer that has been treated, are at risk of developing a new cancer in the urinary tract (bladder, lining of the kidneys, ureters, and urethra). They have been conducting studies to determine whether certain foods, vitamins, minerals, supplements or medications may reduce the risk of a second cancer. In addition, researchers are looking for a vaccine to help reduce the risk of a second cancer.

Some surgeons are using a newer method of cystectomy in which they sit in front of a control panel in the operating room and move the robotic arms to perform surgery. This method, known as robot-assisted surgery allows the surgeon to operate through several cuts (incisions) small rather than a large one. This can help patients recover more quickly from the surgery. This method has been studied to determine if it is as effective as conventional surgery.

Researchers are investigating a number of new compounds to determine whether to place them in the bladder after surgery, they can help reduce the risk of the cancer returning. It is expected that they can find some that are better and / or safer than currently used drugs.

Photodynamic therapy ( photodynamic therapy , PDT) is a newer treatment that is currently being studied to see if it is useful in the treatment of bladder cancer in early stages. A chemical is injected into the blood, which accumulate in the tumor in a few days. After a particular type of laser beam focuses on the lining of the bladder through a cystoscope, which alters the chemical light so that kills the cancer cells. A disadvantage of this method is that it only works for cancers near the surface of the bladder. The advantage of photodynamic therapy is that very little damage to normal cells.

The main side effect of photodynamic therapy is an intense sensitivity to sunlight that can last for several weeks. Even small amounts of sunlight can cause serious burns in a short period of time. Therefore, it is very important to be careful while receiving this treatment.

Researchers are learning more about (Actos and bladding cancer) the molecules within the bladder cancer cells that control their growth and spread in order to develop new drugs called targeted therapies. These new drugs work differently than those commonly used in chemotherapy. Targeted drugs may work in some cases when chemotherapy drugs are not effective, and often cause different side effects (often less severe). It is seen that these drugs have been useful in other types of cancer, including lung cancer and colorectal cancer. Studies are underway to test some of these drugs against bladder cancer.

Gene therapy is another recent method being studied bladder cancer. One method uses special viruses that have been modified in the laboratory. The modified virus is injected into the bladder and infects cancer cells. When this happens, the virus injects a gene in the cancer cell which can help the immune system to fight cancer.

Use of BCG in patients with superficial bladder cancer

Means BCG Bacillus Calmette-Guérin and is the vaccine used for tuberculosis since 1921. Bacilli is attenuated (weakened) of Mycobacterium bovis (germ that causes tuberculosis in cows). Since 1929 it is known that the tubercle bacillus has antitumor properties when it was observed that a group of patients who developed tuberculosis had fewer tumors than a group of individuals without tuberculosis. Antitumor optimum result is obtained in tumors with the following characteristics: 1 – small tumor, 2 – is essential that there is direct contact between BCG and tumor cells, appropriate dose, the tumor must be located in the body (not effective in metastasis). These characteristics are especially true in the superficial bladder tumor. The BCG was first used in bladder tumor by Morales in 1976. Today after 25 years of use, BCG is fully implemented as a treatment in cases of bladder carcinoma in situ, grade III superficial tumors, residual tumor after incomplete resection of the same, as prevention of tumor recurrence (appearance of new tumors) or progression (tumor more advanced).

How does the BCG?

The mode of action of BCG into the bladder tumor is as stimulating immunity (natural defenses of the individual) to release cytokines (IL1, IL6, IL8) and the multiplication of tumor cells (macrophages, lymphocytes, natural killer and lymphokine activated killer ). Though several routes have been investigated for managing BCG instillations considered the best.

What bladder tumors should be treated with BCG?

BCG should be used in patients with tumors of intermediate and high risk of recurrence (occurrence of new tumors) or progression (appearance of more advanced tumor). These tumors are: 1 – the multiple, 2 – invading the submucosa of the bladder (T1), 3 – those that reproduce very quickly (2-3 times a year), 4 – the grade of differentiation 3 ( Grade 3), 5 – the greater than 3 cm and 6 – which are associated with carcinoma in situ. In these tumors, BCG has proven superior to Thiotepa Adriamycin and probably also exceeds mitomycin C.

BCG should not be used in low-risk tumors such as unique Grade 1, only affecting the bladder mucosa (Ta). In low-risk tumors, the most widely accepted treatment is applied after the operation (RTU) a single dose intravesical chemotherapeutic agent such as mitomycin C.

Format and application of BCG

BCG is dispensed as a lyophilized vial requiring reconstitution with 50 ml saline before use. There are several strains of BCG: Connaught (81 mg) (Toronto), Tice (50 mg) (Chicago), Pasteur (Paris), RIVM (Netherlands), Glaxo (England), Armand-Frapier (Toronto) and Moreau (Brazil) though the most used are the first two. Although not set the suitable dose, required at least 106 colony forming units (CFU) to achieve antitumor effect. All strains provide between 100 million and one billion CFU. Wait at least 15 days after the operation to perform the treatment.

Before each application of BCG should conduct a urinalysis to rule out infection, because if there is, delay BCG treatment until the infection has been treated.

For application of BCG into the bladder is placed very thin probe through which apply 50 ml of serum in which reconstituted. The instillation should be performed smoothly without much pressure to the syringe. You should avoid excessive use of lubricants because they may decrease the viability of BCG. Should also avoid the use of antibiotics instillation day because they reduce the effectiveness of BCG for their antimicrobial effect. Other substances that may interfere with the mechanisms of action of BCG are aspirin, indomethacin and anticoagulants. If tube placement is difficult and causes bleeding in the bladder or urethra instillation should be postponed because of the risk of adverse effects.

Recommendations for patients treated with BCG

The patient should keep the solution of BCG in the bladder for 2 hours and then urinate to empty the bladder. Although not observed the spread of the couple or family, you should consider the following recommendations:

1 – It is recommended that during the first 24 hours the patient urinate sitting to avoid contamination of other people using the same basin.

2 – should postpone sexual activity for the first 48 hours of installation.

3 – It is advisable to use condoms throughout treatment with BCG.

Even though the use of BCG for over 25 years, no one knows the scheme that provides the most benefit with the lower incidence of side effects. The most accepted scheme is instillation weekly for 6 consecutive weeks (unless a dose delay due by the appearance of intolerance or side effects). Recently some studies have shown that the application of maintenance treatment reduces the appearance of tumor recurrence. Maintenance treatment involves the application of three weekly instillations at 3 and 6 months and then every six months to three years. Recurrence was observed after a mean follow up of 7 years in 52% of patients treated only with the cycle of 6 weeks while those who received more treatment (maintenance) only 25% relapsed. However, patients who received maintenance therapy had a higher number of adverse effects.

Side effects of BCG treatment

The BCG administration produces more side effects that instillation of chemotherapeutic substances such as mitomycin C, thiotepa, Adriamycin or epirubicin. Side effects were classified as local (bladder) or systemic (whole body) and also in terms of severity are considered as mild, moderate or severe. It is considered that 90% of patients treated with BCG present mild or moderate symptoms while severe effects were observed between 2 and 5% of cases and observed complications that may endanger the life of the patient in less than 1 % of cases.

Are observed in about 90% of cases and consist essentially of type cystitis urinary symptoms (urinary frequency, pain, stinging or burning when urinating, urinating very frequently or blood in the urine. These noninfectious cystitis symptoms, begin after 2-4 hours of making instillation. If you do a urine culture undetected germs. In most cases, the symptoms disappear within 48 hours. Treating these symptoms is performed with analgesics and inflammatory or anticholinergics. If symptoms remain at the time of the next instillation is recommended delayed until the complete disappearance of them. The drilling necessary to implement the BCG can cause bacterial cystitis (approximately 20% of cases). If urine culture detects germs and antibiotics should be used should be delayed until the next instillation new urine culture shows that germs are gone. The presence of blood in the urine is a common sign in noninfectious cystitis and should instillation delay if the blood is plentiful.

Much less frequently can be seen contracture or contraction of the bladder, ureter obstruction, pus in the urine or inability to urinate.

In the few patients who presented bladder contracture, this appears months to years following treatment with BCG. It is extremely rare occurrence of epididymitis (inflammation of the tube that carries sperm out of the testis) or prostatic granulomas (0.9%), testis (0.4%) and kidney (0.1%).

The most common systemic effects of BCG are flu-like symptoms (decay, malaise, fatigue, fever less than 38.5 ° C) that resolve spontaneously in the first 24-36 hours after instillation. Less can be observed frequently nausea, vomiting, muscle and joint pain and much less common effects are allergic reactions, hepatitis, pneumonitis, polyarthritis or choroiditis. The most severe systemic effect and is fortunately very rare BCG sepsis which may be fatal (there have been 11 fatal cases in the world literature)

In cases with fever over 39 ° C, if this is not resolved with 12 hours of treatment with antipyretics should begin treatment with substances antituberculosis (isoniazid 300 mg daily, rifampicin 600 mg daily and ethambutol 1200 mg per day for 3 to 6 months) about the risk of being in the presence of a BCG sepsis and should discontinue treatment with BCG. The use of corticosteroids (prednisone 40 mg per day) may be indicated.